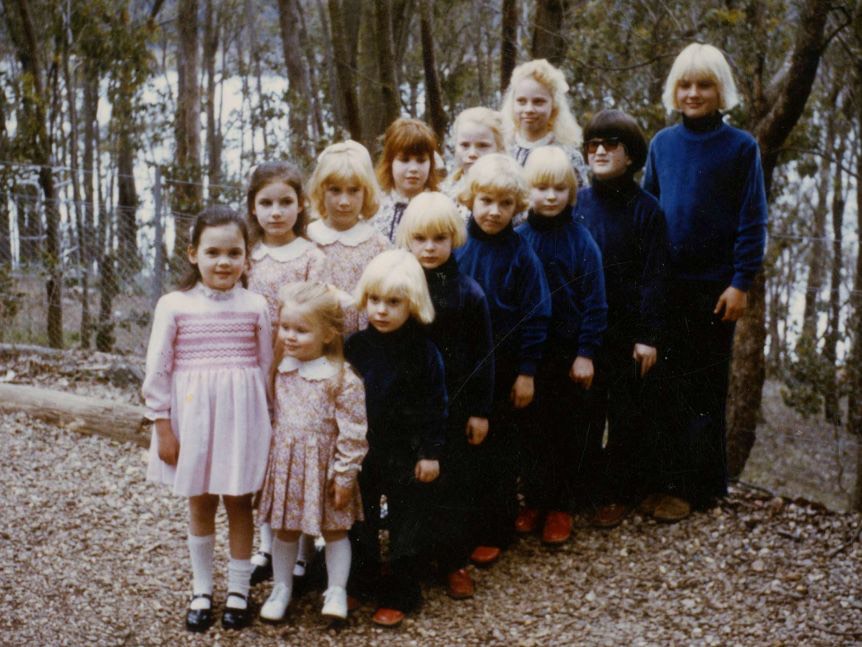 In the early 1960s, a woman named Anne Hamilton-Byrnes and a physicist named Dr. Raynor Johnson became the founders of a doomsday cult located just outside of Melbourne, Australia called “The Family.” While their name implies a happy, loving place, this group was anything but that. Two decades of fraud, child abuse, illegal substance use, and prepping for the end of times were brought to an end only after one member escaped and told the police all about “The Family.” And oh, there was a lot to tell.

Anne Hamilton-Byrnes, born Evelyn Edwards in 1921, was the oldest of seven children. Her mother, Florence, died in a psychiatric asylum after being diagnosed with paranoid schizophrenia and her father was always traveling for work. Anne was married by twenty and had a child, but her husband died in a car accident right as they were planning to adopt a child. To cope with this loss, Anne took up yoga and was interested in spiritualism. In 1963, she recruited Dr. Raynor Johnson from Melbourne University to form The Family. Things get weird when Dr. Johnson takes LSD in “the interests of scientific research.” He went as far as to describe Anne as the Messiah and that she had a “sublime authority.” Raynor and his wife moved closer to Anne, and The Family was born. The professor recruited many wealthy, intellectual professionals, such as psychologists and lawyers. Her followers would go through LSD-influenced initiations and completely devoted their lives to her, their “Messiah.”

Several years after the creation of The Family, Anne used the influence of her sect’s members to adopt a number of infants. Sure is convenient having nurses, social workers, and lawyers in your cult, isn’t it? As the children grew up, Anne told them she was their birth mother (she even faked pregnancies to completely convince them of this), along with being Jesus and a member of royalty. She would also dress the children in matching outfits and even dye their hair platinum blond. In total, Anne stole and raised twenty-eight children. All grown up now, the children recall Anne constantly telling them that she loved them and did everything because of her love. But in my humble opinion, and hopefully yours too, she didn’t love them, she completely controlled their lives and straight-up abused them.

The most messed up part of The Family is what Anne and others did to the children. Anne would often beat the children and barely had any interest in raising them, so she chose some members to be “aunties.” These “aunties” would deal out most of the punishments. One of the most-used punishments was starving the children whenever they did something wrong, no matter how minor it was. To keep them in line, they were often drugged starting at a young age. When they turned 14, they then had to go through an initiation, which involved multiple, large doses of LSD, after which the children would suffer through trips for days.

This went on for decades until finally, in 1987, one teenage member escaped and alerted the police of what was going on. They raided the property and rescued all of the children. As they investigated the situation, they learned all about Anne’s intentions to create a “master race” that would survive the end of the world. After the raid, Anne managed to escape to New York but was eventually brought back to Australia to be tried. For all of her crimes, Anne managed to completely escape jail time and only had to pay a $5000 fine, which absolutely blows my mind. She spent literal decades abusing and drugging twenty-eight children with little punishment for her crimes. Anne passed away last year at 98. While the children were saved by the police, they have unsurprisingly had to carry a great amount of trauma with them that may never go away, especially since they never truly got justice for what they went through.

I had never heard about this cult until I read The Guardian’s article on The Family, which you can find here: https://www.theguardian.com/film/2016/nov/20/growing-up-with-the-family-inside-anne-hamilton-byrnes-sinister-cult

Additionally, I found a lot of information on this website: https://cultofthefamily.com/, which is the official site for a documentary/series written and directed by Rosie Jones. If you’re interested in learning more about The Family, definitely give it a look!