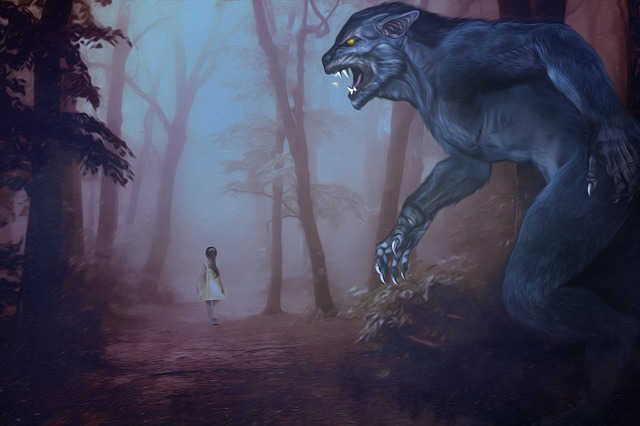 Werewolves have been a staple in the horror genre and pop culture for a very long time. Whether it’s The Howling,  An American Werewolf in London, or the Twilight saga, these half-human, half-wolf creatures have captivated our attention for centuries. While these are some more well-known, fictional examples of werewolves, there’s a lesser-known werewolf tale that may actually be true.

Before we jump into the story, it’s important to talk about the old beliefs and laws during the 1500s in Europe. As you may know, back in the day, people were very superstitious about a lot of different things, one of which was werewolves. Crime was rampant across the continent, but according to the Europeans, not all criminals were human. Some were half-man, half-wolf hybrids that terrorized the land. This was actually backed up by laws. Yep, there were laws that punished and convicted people of being werewolves. The crime was called “lycanthropy,” a term that is still related to werewolves today.

Now, to the good stuff. This story takes place in the town of Poligny, France. In 1521, a traveler passed through Poligny and was attacked by a wolf. He managed to escape without any injuries, but he believes that he had wounded one of the wolf’s legs in defense. Later, he decided to track down the wolf and put it out of its misery. The wolf was gone when he got back to the scene of the attack, but there was a blood trail left behind. The traveler followed this trail and was led to a house. Alarmed by the amount of blood, and remembering what he had done to that wolf, he went inside the house. Inside, he found a man, but no wolf. However, the man had the same exact injury as the wolf. He reported this to the police and they arrested the man, whose name was Michael Verdon.

Pierre Burgot lived in the same town. At the beginning of the 1500s, he had lost some sleep during a storm. When he went to look for them, he ran into three men on horseback. The men offered Pierre money and told him that if he agreed to meet with them in five days, his sheep would come back to him unharmed and they would always be protected. Pierre, of course, accepted the offer and once his sheep had come back, he met with them again five days later, as promised. The men told Pierre that they were servants of the devil and made him renounce the church and swear allegiance to Satan. He did as he was told and spent the next year worshipping the devil but then went back to church. This didn’t last long; he soon met a man named Michael Verdon, who convinced him to go back to worshipping Satan.

One night, Verdon took Burgot into the woods to participate in an initiation ritual. He made Burgot strip down and rubbed a “magic ointment” all over his body. As the ointment kicked in, Bourgot felt that he was beginning to turn into a werewolf, but kept his human awareness. He is rumored to have said, “I was at first horrified at my four wolf’s feet, and the fur with which I was covered all at once, but I found that I could now travel with the speed of the wind.”

Things escalated rapidly when Verdon and Burgot began committing various murders in the town. They killed all sorts of people, from as young as four years old to the elderly. The attacks were absolutely brutal. One seven-year-old boy managed to escape with just a bite mark, but most of the victims weren’t as lucky. These unlucky residents were killed during incredibly vicious attacks. Some were disemboweled, some had their throats slit, and others were ripped limb by limb. In one instance, a four-year-old girl was completely eaten, leaving only an arm left behind in the wolves’ wake.

After the attack on the villager in 1521 left Verdon injured, he was finally captured, and as the laws against lycanthropy allowed, was brutally tortured. He eventually admitted to being a werewolf and confessed to the many murders. He also gave up Pierre Burgot’s name as well as another man: Phillibert Montot. Both men were also arrested and tortured. Like Verdon, they admitted to being werewolves and confessed to the murders. Verdon and Bourgot even confessed that they mated with actual wolves! In December of 1521, all of the three men were found guilty of murder and lycanthropy, along with Verdun’s wife (without any evidence against her). All three men and Verdun’s wife were sentenced to death.

While the werewolves of Poligny are the most notorious “werewolf” killers of their time, there were still plenty of lycanthropy-related crimes. Now, were Verdun, Burgot, Montot, and the countless others convicted of lycanthropy actually werewolves? We most likely will never know for sure, but the people of Poligny in the 1500s definitely believed so.