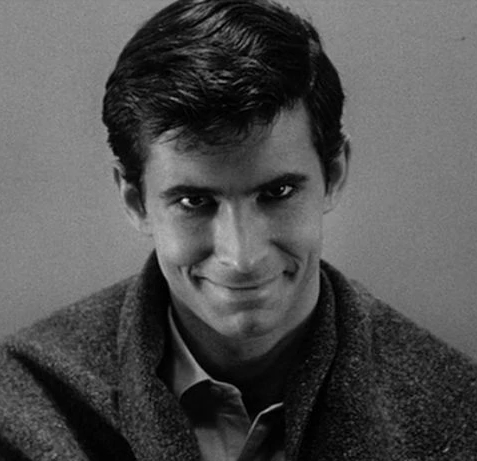 {Just so you know, I have absolutely no psychology training whatsoever. This entire article is solely my opinion and any mental health issues that I mention are things I have read about (on my own) over time.}

I’ve watched both Psycho (the original, not the remake…I refuse!) and Bates Motel. The storyline of Bates Motel differs from the movie. In the book and movie, Norman is an adult, but he’s a teenager in the series. In my opinion, both portrayals of Norman were fantastic. Anthony Perkins basically had to carry the entire movie and was amazing. Freddie Highmore could basically be Perkins’ son. He was a perfect choice to be young Norman.

I have no idea what was supposed to be wrong with Norma, although it was obviously something (maybe Munchausen’s by proxy?). In the movie, she raises Norman to think that all women are whores, and that sex is a sin. Then she starts sleeping with someone. Norman has grown up worshipping his mother, and when he sees her doing things that she said were sinful, he loses it and poisons them.

In the series, Norma raises him with that same attitude towards sex. She was raped by her brother, got pregnant, and had a baby (his half-brother). She keeps Norman close, and when he has blackouts, she keeps them a secret and tells him that he’s sick and she’s protecting him. Norman practically falls in love with her. When she meets someone and gets married, he’s so determined that they be together forever that he tries to kill them both. He survives, she doesn’t.

I think that because of his upbringing, and the trauma he’s experienced, Norman developed Dissociative Identity Disorder (multiple personalities).  In both versions, after being hospitalized for a while, Norman digs his mother’s body up and brings her home. Norman tries to go on with life like everything is ok, but has feelings that he knows Norma won’t approve of. He wants to be normal, meet a nice girl, get laid! He knows that Norma won’t approve and is so afraid of disappointing her and losing her love, that he creates a “Norma” personality to help him. Then “Norma” comes to get rid of the temptation and kills the girls. Actually, Norman was so dependant on Norma for everything, that “Norma” takes over to handle any problem he has.

Meanwhile, in the basement, Norma’s body is just sitting around. Norman dresses her and talks to her. The more time passes, the more he seems to disappear into his own little world. They have two-way conversations. He cooks for her. He starts to believe that she’s really there.

I feel bad for him. It’s not his fault. Norma raised him wrong. She broke him. He thought it would be the two of them forever. Until it wasn’t.

By the way, if you haven’t seen these already, you should, movie first. Anthony Perkins is fantastic. He’s so polite and likable. Just the nice man that manages the motel on the side of the road. Put when “Norma” comes out…he plays it perfectly and his facial expressions are ridiculously good. If you watch it first you’ll see that Freddie Highmore was the perfect choice to play young Norman. As far as I’m concerned he could be Perkins’ son. He does a great job!