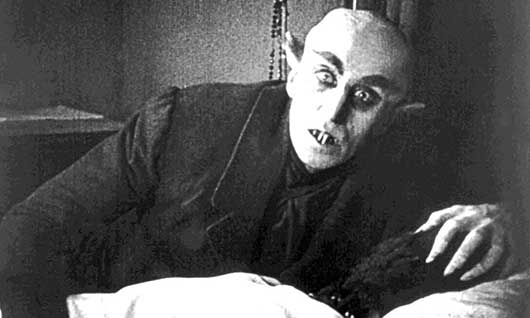 The Legend of Vampires

What happened to all the vampires? How did they go from scary, soulless murdering demons to sappy, romance novel characters?  People used to be terrified of them! They stayed in at night, hung garlic and crucifixes to keep them out, and stayed away from cemeteries and anyplace they thought one would be living. Now people fall in love with them. Where did vampires come from? Where did it all go wrong?

The legend of vampires goes back centuries. Just about every culture in the world has its version. Vampire stories started as a way of explaining things related to sickness and death.

A body releases the gases inside it after death, including breath, and the muscles can also twitch.  Imagine standing next to someone’s corpse and it suddenly breathes or moves! Since people were so superstitious back then, they thought there had to be a supernatural explanation. And since it was scary, it had to be bad.

The stories grew and before you know it the legend of a creature that drinks blood and brings people back to life was born. If a person died, and members of their family got sick and died – that meant that the first person became a vampire and came back for their family.  The legend evolved to the ways you could become a vampire:

If a disease caused frightening changes in a person, those changes were attributed to becoming a vampire.  Rabies makes you sensitive to sunlight. Tuberculosis and cancer will waste your body. And we all know how pale a very sick person can get. Sometimes graves were opened to check for a vampire. Your hair and nails keep growing after you die. Your gums dry up which makes teeth look longer. (I already have very pointy incisors, so please don’t dig me up or I’ll bite!) One look at that and people cried vampire.

People started writing books about vampires. John Polidori’s The Vampyre, Bram Stoker’s Dracula, Sheridan Le Fanu’s Camilla. The list is huge. Then Ann Rice wrote Interview With the Vampire and everything changed. Sad, lonely, romantic vampires showed up. They felt bad killing people. Suddenly romance was in the undead air! Those vampires were falling in love left and right. Buffy the Vampire Slayer, True Blood (even the evil Eric Northman (yum!) fell in love!) Twilight. What the undead hell happened??? It seems that sexy is the new vampire.

This new “sexy vampire with emotions” has inspired the “vampire scene”.  There are different kinds of vampires.  Energy vampires, and vampires that drink blood. They are careful of their own health, and the health of the people around them. There is another faction that is referred to as “fashion vampires”. These are the people that dress all gothic. They hang out in underground clubs, they make their own little vampire covens. They buy fangs to wear and some even have their teeth filed into fangs. But hey…you do you guys.

I like my vampires scary, I don’t want to marry one. So here is a list of some great vampire movies:

These aren’t scary, but I have to add them because they make me happy, and this is my article: