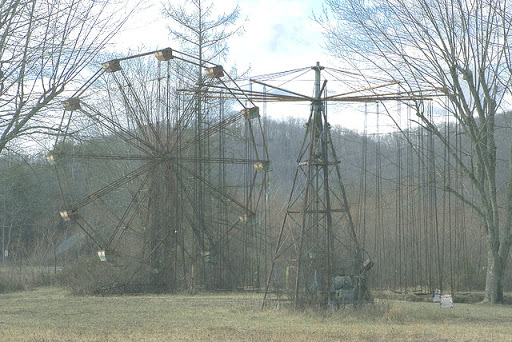 Scooby-Doo – Where are you???  The Lake Shawnee Abandoned Amusement Park in Rock, West Virginia is right out of an episode of Scooby-Doo…if there were dead kids in cartoons, that is. It has a violent history that goes back to the 1700s. And fun fact – it’s built on an ancient Native American burial ground!

The land was purchased by  Mitchell and Phoebe Clay.  The land had originally been inhabited by Shawnee Indians. In August of 1783, one of the tribes attacked and killed Clay’s daughter and youngest son. They kidnapped Clay’s oldest son and burned him at the stake. Mitchell Clay wanted revenge, so he and some other settlers went after the tribe and killed many of its people. Not exactly the happy farm life he wanted.

After that, the property was quiet until the 1920s, when a man named Conley Snidow bought the land and built a small amusement park there. Then things started to happen. Six people died at the amusement park between 1927 – 1966, including a little girl who was crushed to death by a truck while on the swings, and a little boy who drowned in the pool. The amusement park closed in 1966, but the swings and ferris wheel were never taken down. 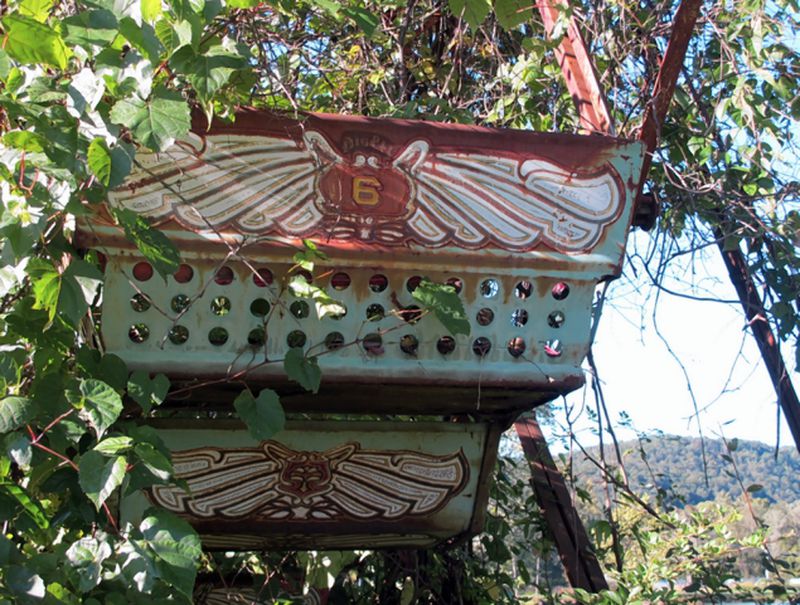 Twenty years later, Gaylord White bought the land, hoping to build on it. When crews started excavating the ground, they found the skeletons of children, along with Native American artifacts. And as everyone knows…those burial grounds are supposed to be cursed. White decided he wasn’t going to take any chances and walked away. He left the bones and artifacts there. His crew never got around to taking down the rides. After that, no one else would touch the land.

According to locals, the land is haunted. People that have gone there have seen the swings move on their own, they’ve heard disembodied children, and chanting. The park has been listed on several tv shows about haunted places, and has, of course, attracted many ghost hunters.  Interested in going? Yeah – me too. Well, we’re in luck! They have tours. In October, the town has something called the Dark Carnival. It looks pretty cool.

So if you go, bring a flashlight and let us know if you see any ghosts. And if you see the Scooby Gang, tell them we say hi!