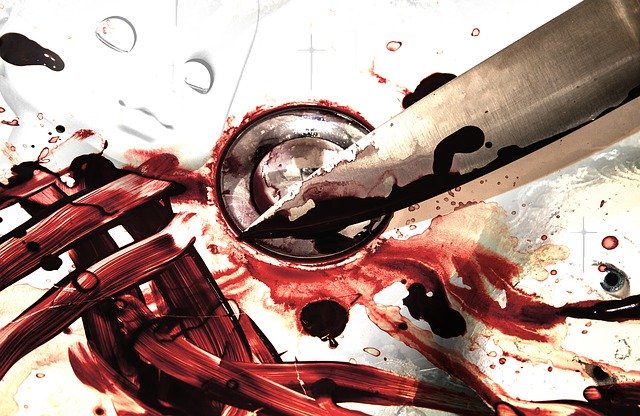 I am fascinated by serial killers.  I’m not talking about whether or not they’re good looking, and I don’t think there is anything cool or admirable about their crimes.  It’s the psychology behind their crimes.  The things in their life that they say made them what they are.  Can a person be made into a killer, or were they already born with it in them?  The nature versus nurture debate.  We’ll  be posting tons of info about serial killers in general, and biographies of various serial killers.  There may even be some you never heard of.  To start though, I wanted to share a bit of the research that I’ve done into what makes a person become a serial killer.

The term “serial killer” was first used by Special Agent Robert Ressler of the FBI.  While attending a conference, he heard someone refer to a series of rapes, murders, arson, or burglaries as crimes in a series.  When Agent Ressler began giving lectures at Quantico, he started using the term serial killer to describe “the killing of those who do one murder, then another and another in a fairly repetitive way”.  {The Serial Killer Files – Harold Schechter}.

A serial killer was originally defined as someone who commits three or more murders,  in three or more separate places, with a “cooling off” period between murders. During these cooling-off periods, the killer will begin to fantasize about their next kill.  The need gets stronger until they can’t ignore it,  The National Institutes of Justice later revised the definition to read:  “A series of two or more murders, committed as separate events, usually, but not always, by one offender acting alone.  The crimes may occur over a period of time ranging from hours to years.  Quite often the motive is psychological, and the offender’s behavior and the physical evidence observed at the crime scenes will reflect sadistic, sexual overtones”.

There are three early warning signs of serial killers, known as the “Macdonald triad”.

Some experts believe that these behaviors can just be reactions to abusive situations during childhood, not necessarily warning signs and the Macdonald triad has been questioned over the years.  If you research into the childhood of a serial killer, chances are it was full of parental abuse, which is usually the beginning of their anger.  Any of those three warning signs seem to follow the abuse, so you can decide for yourself which theory works for you. Personally, I don’t think there is any amount of research that can determine exactly what makes them do the horrible things they do. There are countless people that had horrible childhoods, and didn’t grow up and become a killer.

In later years, research done by neuroscientists has shown that an overwhelming percent of serial killers have experienced head trauma or other illnesses that affect the brain (like meningitis), that required treatment by healthcare professionals in the early stages in their life. Richard Ramirez, Jeffery Dahmer and John Wayne Gacy all suffered from head trauma and went on to become some of the most sadistic and brutal killers the world has ever seen

This is just a generalization about serial killers.  There’s so much more to talk about. Check out Part 2 now!  We’re always hard at work on more about the mind of the serial killer.  Stay tuned!