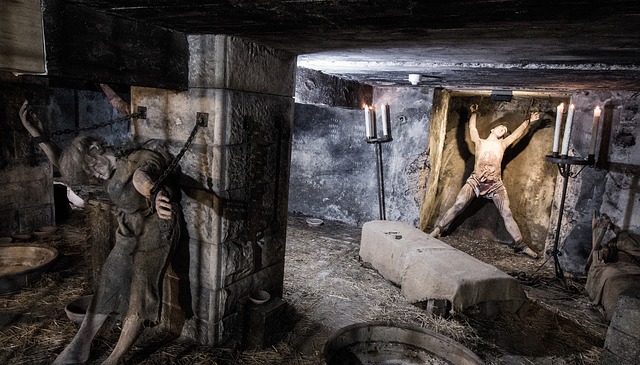 The History of Torture

Torture was used to get information or confessions, punish suspects, frighten opponents, and sometimes just because you hated someone. It was even used in courts in Medieval times. It was considered a legitimate way to get the names of accomplices or other information about a crime.  The church used it too.  If you got caught saying anything against God or the church it was off to the torture chamber for you.  So much for “do unto others”.  And then there was the Inquisition!

When it came to torture, it seems like the evilest mind of the time hot together and had a meeting.  Their mission was to come up with the absolute worst things to do to another human being. The earliest forms of torture were the basic ones: beatings, whipping (flogging), storing and burning. Apparently this got boring, and people started trying to come up with worse ways.  And as time went on, the torture devices got more advanced and gruesome.

People invented torture devices to really prolong the suffering. Instead beatings and things that maybe lasted a day or two, things were invented to make the suffering last for very long periods of time before the victim died. The rat torture involved trapping a rat on someone’s stomach with a pot. The pot was heated until it got so hot that the rat would claw its way into the person’s stomach trying to escape, and the victim was alive as it slowly tore into him.  Then there was the cage. It was shaped like a person which left the victim no room to move around. The person would be left in it without food or water until they either confessed, or slowly starved to death. Sometimes it was hung outside so the person had to slowly die in public.

The list of things people invented is long and mind blowing!  It’s amazing to me that people literally sat around inventing these things.  There was no way to put them all in here and still convey the sheer but horrible genius that went into them.  Instead, we’re going to have a series of articles covering one device at a time. So check back with us and keep your eyes on our Instagram, @scarymatter.  We’ll let you know when the next article is up.