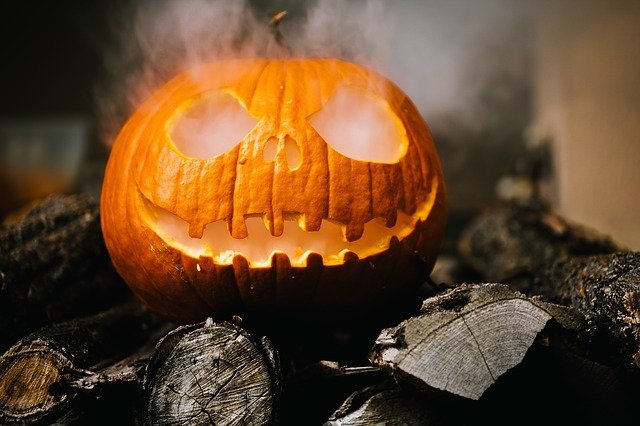 Around The World – Halloween Part 2

Only a few more weeks til Halloween! I know this year will be different, but it’s still Halloween.  All over America people are trying to figure out how to make the best of it. Halloween is really an American thing.  We’re all about horror movies, ghosts, pumpkins and peanut butter cups (the only candy necessary in my book!).  Not every country celebrates Halloween, but many of them have celebrations that resemble Halloween in one aspect or another.  So let’s take a trip and check them out.

Dia de los Meuertos  (The Day of the Dead) is celebrated in honor of death. It celebrates death as a welcome, natural part of life. Brightly colored decorations and skulls are everywhere.  Families build an altar to honor their dead relatives. They decorate it with family pictures, marigolds, and their deceased relatives favorite foods and drinks (these are called ofrendas). They also leave out a bowl of water and a towel, so that the spirits can wash up before they eat.

American Halloween has become very popular in England, but Guy Fawkes Night came first.  Guy Fawkes was a Catholic that was executed in 1606 because he was planning to blow up the Parliament Building, to protest the Protestant King. After the execution, the people built bonfires (they called them bone fires) and burned effigies of the pope. Some kids took the effigies and went door to door asking for a penny for “the guy”. The tradition continued every year, but the effigies of the pope eventually became Guy Fawkes.  However, as American Halloween becomes more popular, Guy Fawkes day has died out.

Fastelavan – This is not Danish Halloween.  It has been described as almost a combination of Carnivale and Halloween, but it’s really the beginning of Lent, and definitely a children’s day.  It dates back to medieval times.  The kids wear costumes.  They play a game called Slå katten af tønden, which means “hit the cat out of the barrel” to ward off evil spirits. In the old days it was a real black cat (to represent evil), and they would  beat the  barrel until the cat died, or it escaped and they chased it down the street.  Today it’s either a cardboard cat, or stickers on the side.  The barrel is filled with candy.  The kids go trick or treating and get candy and a delicious sounding cream filled pastry called fastelavnsboller.

The Irish celebrate using a combination of Samhain and Halloween.  They light bonfires just like the original Samhain celebrations, but they also dress up,  go trick or treating, and have Halloween parties. They also have a couple of traditions that are all their own. They eat something called barnbrack.  It’s a piece of fruitcake with a treat baked inside it. They play a game called “snap-apple,” where they hang an apple on a string in a doorway or from a tree and try to bite it. They also have treasure hunts for candy or pastries.  They play a game that has cards face down on a table with candy or coins under them. When a child chooses a card, they keep whatever is under it.

The Samhuinn Fire Festival – This is held in Edinburgh at a place called Calton Hill.  It’s a Samhain celebration, not Halloween. The festival is staged by a huge group of performers. They act out a battle between  the Summer and Winter kings, fighting for control over the coming season. The battle is judged by the Cailleach, a Celtic crone Goddess determines the weather between Samhain and Imbolc. She decides the fates of the two kings. There are acrobats, dancing, singing, and drumming appropriate for a Celtic festival.  Follow this link for some really cool pictures of the festival. https://floratheexplorer.com/halloween-edinburgh-samhuinn-fire-festival

Walpurgis Night –  Walpurgis in Germany is April 30. Legend has it that witches would get together that night and hold a giant ritual on a mountaintop called The Brocken. In order to keep the witches away, people would dress up in costumes, and make loud noises. They hung foliage from houses or barns, left offerings of bread with butter and honey for the witches’ hounds, and lit bonfires to scare them. Today, they have parades, bonfires, bands, and street fairs.

I hope you enjoyed our trip around the world. If you are from one of the above countries and I got something wrong, please let me know.