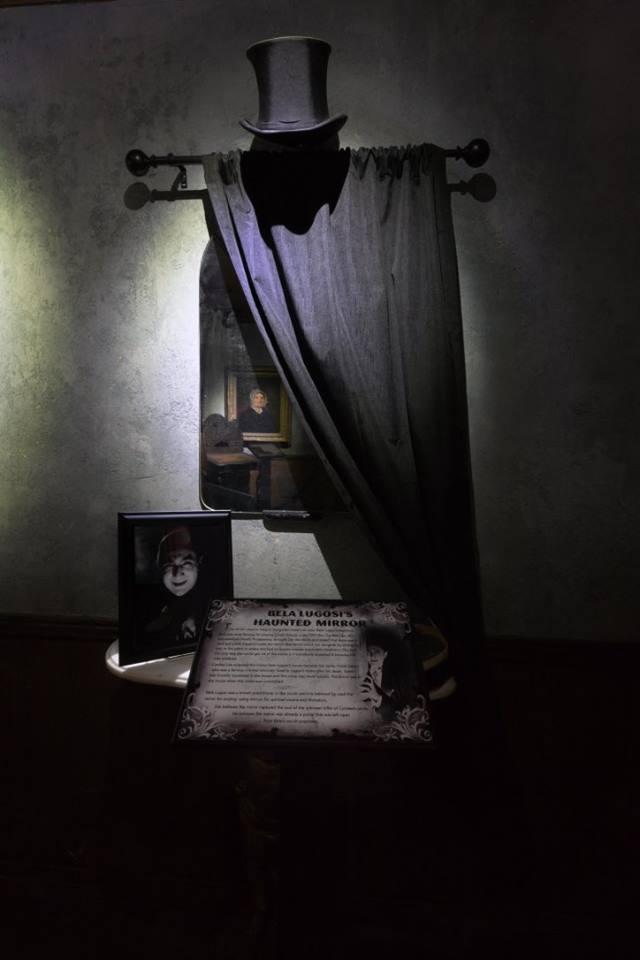 Mirror mirror on the wall…..I wonder what would happen if I said that in front of Bela Lugosi’s haunted mirror? Bela Lugosi was one of the best parts of the Universal Monsters club. He was rumored to be obsessed with the occult, and to have used his mirror for scrying. Scrying is looking into  a crystal ball, bowl of water, or mirror in order to see visions, or get a message from the spirit world. He supposedly used his mirror for scrying to try and contact his wife that had passed away, though no one knows which wife.  (he was married 5 times, and was divorced from all of them when they died)  It has been said that his scrying opened a portal to the spirit world, and that the mirror is cursed.

After Lugosi died, a man named Frank Saletri had rented Lugosi’s house. He was a lawyer and a film producer. The mirror was behind  a curtain in what became Frank’s bedroom.  In 1982 Frank was shot and killed in that room. The murder was never solved, and it’s rumored to possibly be a mob hit. The theory is that the portal that was left open in the mirror absorbed all the evil energy of the mirror.

Lugosi’s niece ended up owning the mirror.  His niece said her daughter looked in the mirror and said that a hand reached out to grab her from the mirror. She felt that she had been bitten on the neck and saw a shadow figure appear  in the mirror. His niece also said that she herself slept in the room with the mirror, had horrible nightmares and woke up with scratches on her body. After that she tried to sell the mirror, but no one would buy it. She couldn’t even give it away. She ended up giving it to the Zak Bagans Haunted Museum in Las Vegas.

The mirror is now part of the museum’s tours (it’s kept behind a curtain). Zak claims that the evil in the mirror is responsible for a flood in the museum basement after he got it. At his museum, guests have to sign waivers in the event that they are “physically harmed or psychologically scarred in some way”. If you do, you can look in the mirror.  The museum tour guides say that they have had to call 911 after guests have looked  into the mirror and that some guests got physically sick looking at it.  Cursed mirror, or people looking for attention?  Your guess is as good as mine.