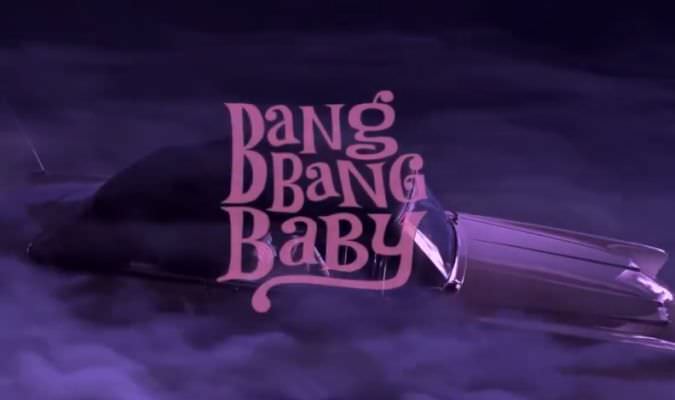 “What the hell am I watching and why do I like it?” I repeated to myself several times when I watched Bang Bang Baby for the first time. But good or bad, I thoroughly enjoyed it. Sometimes you just need something that doesn’t take itself too seriously. I found this by accident a few years ago, read the description, and made some popcorn. I had some laughs and spent a lot of time asking what the hell was going on. Is it a horror movie? Good question! I’m still not sure if it was a musical, science fiction, horror, drama, or comedy.

Bang Bang Baby is about a girl in the 60s who dreams about becoming a famous singer. She lives in a boring small town where nothing ever happens. Her father is an alcoholic who doesn’t want her to leave him. But she goes behind his back, sends in an audition tape to a local talent show, and wins. Now she has to figure out a way to get to New York! Lucky for her that her favorite singer Bobby Shore gets lost and then stranded in town because of car trouble. She decides to try to make him fall in love with her, hoping that then he’ll get her to New York.

This movie is Twin Peaks weird. You can absolutely tell that it was made on a movie soundstage. The set has a Wizard of Oz feel to it, and the lighting gives the movie a dreamlike quality. That and the fact that Bobby Shore and his manager think they’re in Kansas! The characters act and dress like they’re living in a small midwestern town, but the movie is set in Canada.

There’s an accident at the chemical plant in town called The Purple Mist. The mist causes people to mutate. The townspeople apparently couldn’t care less. When you think of a movie that has people turning into any kind of creature, it’s panic, terror, mayhem and time to call in the military and the rouge scientist to save the day. Not here. For the most part, people’s reactions are along the lines of “Huh. This is new”.  And in all honesty the mutations are fantastic!

The dialogue definitely has some laughs in it, and the songs are super cheesy! It’s kind of like those old beach movies from the 60s. I didn’t especially like the end, but after everything that happened, I had to see it all the way through. The cinematography is wonderful, and the plot is ridiculous, but in a good way.

I’m going to let you decide for yourself what genre that you think it is. It’s not scary, but I saw it on a bad day and it was definitely worth the watch. If you need a little mental floss, I highly recommend it. Let me know if you watch it.  I’d love to hear what you think.