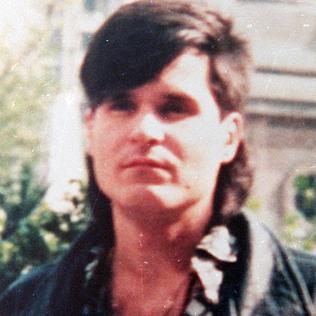 This cult was founded in Mexico City by an American named Adolfo de Jesus Constanzo. Constanzo was raised in Florida by his mother. She was a priestess of Santeria, a religious combination of African folklore and Catholicism. Some people in their neighborhood said his mother was a witch. Anyone that had a problem with the family would end up with a dead animal on their doorstep. By the time he was nine. As he got older, he learned voodoo and Palo Mayombe. A Palo Mayombe priest taught Constanzo how to sell drugs. He said it was to “profit from evil”.

Constanzo went to Mexico City in 1983 to model. He also gave tarot readings and did spiritual cleansing in Mexico City’s Zona Rosa (Red Zone) to make money. He met Martín Quintana and Omar Orea and the trio became lovers. Quintana and Orea became the first members of his cult. He met a woman named Sara Aldrete, who became his second in command. The members called the “El Padrino” and “La Madrina”.

Constanzo moved to Mexico City permanently in 1984 and his reputation for tarot and spiritual protection spells spread. Mexican drug dealers had the perfect combination of superstition and blood lust to want his protection spells. He charged them up to $4,500 to perform ceremonies that involved the sacrifices of animals that he guaranteed would protect the dealers during their illicit activities. Eventually, his clientele grew to include police officers and celebrities. He decided to step up his game. He and his followers starting stealing human bones from cemeteries for his rituals. He made quite a lot of money.

Because of his reputation and connections, he decided to start dealing drugs. He asked the leader of one of the cartels to give him a position and was turned down. The leader and several of his family members went missing. The police found evidence that some kind of rituals had been performed before they disappeared. Their bodies were eventually recovered. They were obviously tortured and parts of their bodies were missing.

Constanzo and his cult were practicing black magic. They had removed fingers, toes, sex organs, and ears. Two bodies were missing their brains, and one had part of its spine removed. Constanzo was putting them into a Palo Mayombe cauldron called a nganga. He wanted to build his power and enhance his magic. He called himself “Kadiempembe’ (the devil in Palo Mayombe), and Sara Aldrete was his witch. He claimed to have magic powers that would make people invisible and bulletproof. He recruited his followers to perform ritual murders.

His followers blindly followed his orders. First, they shot two men, one of them being a rival drug dealer. Constanzo didn’t think it was enough of a sacrifice. He had them find and dismember a transvestite, and leave the remains on the side of a road. He killed one of his followers for doing cocaine. Constanzo was a smart man. When a drug dealer named Ovidio Hernandez and his son were kidnapped, he rescued them. Soon Hernandez was ritually initiated into the cult. One night the cult was torturing another rival drug dealer and preparing to sacrifice him, and two other dealers arrived unannounced. That night all three men were sacrificed to the nganga. At one point, Hernandez even sacrificed his 14-year-old nephew to the cauldron.

In 1989, a man was being sacrificed and didn’t scream. Upset, Constazo sent his followers looking for someone white. They kidnapped a 21-year-old named Matt Kilroy as a sacrifice. Kilroy’s family went to the police about his disappearance, and a search was started. After a sacrifice on April 1, 1989, Constanzo got a favorable message from the spirits and had his followers move half a ton of marijuana across the border.

On April 9th, a cult follower named Serafin Hernandez went through a police roadblock and didn’t stop. He believed Constanzo’s magic made him invisible. When the police stopped him, he told them they could shoot him and the bullets would bounce off. Hernandez and another member, David, were arrested. The police went back to Constanzo’s ranch with them. When they searched the ranch, they found marijuana and weapons.

During the search, two other members named Sergio Martinez and Elio Hernandez were also arrested. All four were questioned, and they bragged about Constanzo’s magic and the sacrifices. The police went back the next day. They found the nganga that at the time was full of dead animals and a human brain. The police were shown the ranch’s cemetery. The remains of fifteen people were there. Among them was Matt Kilroy. Police raided Constanzo’s home in Atizapan, but he wasn’t there.

Constanzo, Sara, and three other followers were hiding in a Mexico City apartment. Sara threw a note out the window that said:

“Please call the judicial police and tell them that in this building are those they are seeking. Give them the address, fourth floor. Tell them that a woman is being held hostage. I beg for this, because what I want most is to talk or they’re going to kill the girl.”

Someone found it but thought it was a joke. On May 6th, a neighbor called the police after hearing an argument and gunshots. There was a gun battle after they arrived. Fortunately, no one was killed. Constanzo ordered a follower called El Duby to kill him and Martin Quintana. They argued, and El Duby finally followed his orders. El Duby and Sara Aldrete were arrested.

In all, fourteen cultists were indicted on different charges. El Duby got 30 years for murder. Omar Orea was sentenced to 35 years for murder but died of AIDS before he could go to jail. Sara Aldrete was given 6 years for criminal association but was still waiting to go to trial for multiple murders. Those charges got her an additional 60 years. Cult members Jorge Montes and Juan Fragosa both got 35 years for murder

The police have never been able to determine an official body count for Constanzo’s cult.