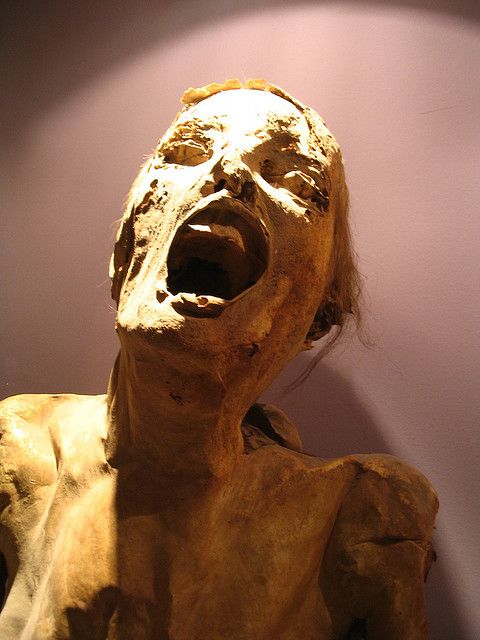 The Museum of The Mummies

Have you ever heard about the Museum of the Mummies in Guanajuato, Mexico? If you’re easily upset or disturbed by death, please move on to the next article. It’s not often I see something that makes me stop for a minute. These are not the type of mummies you think they are. When I saw this place, I admit that I sat back and said wow. Reading more about it and looking at pictures really made me feel a certain way. The story behind the museum is both fascinating and very sad.

Mexico doesn’t shy away from death. They celebrate it as a natural part of life. I’m sure that you’ve heard of Dia De Los Muertos or the Day of the Dead. It’s held on November 1 and 2 to remember and honor the dead. They have celebrations, dress in costumes, and paint their faces to look like sugar skulls. They decorate family member graves. They leave food and make offerings to the dead. It’s a celebration instead of somber mourning. So to me, this museum makes sense.

In the 1850s there was a huge cholera outbreak. Guanajuato, Mexico was hit exceptionally hard. It was so bad that there wasn’t room left in the cemeteries to bury the bodies. They had to build crypts to bury people in. Then in 1865, the government imposed a burial tax and started charging families to keep their loved ones in the crypts If a family couldn’t afford it, the government would remove the bodies and put them in storage. They certainly got more than they bargained for when they opened the crypts!

Some of the bodies had been naturally mummified by Guanajuato’s very dry and hot climate. Unfortunately, this caused all the faces to look like they were frozen while screaming. It’s pretty freaky to see. It makes them look almost like they were buried alive. Sadly, one of them may have been. There was a woman named Ignacia Aguilar. She had a heart condition that sometimes slowed her heart so much it seemed to stop. One day that happened and stayed that way for the whole day. Her family thought she was dead and they buried her. When her body was exhumed, her body had turned upside down, her arm was between her teeth, and her mouth had blood in it!

People started paying local gravediggers to open crypts so they could see the mummies. The more graves they opened, the more mummies they found. Soon everyone heard about it, and the cemetery practically turned into a tourist attraction. All in all, over one hundred bodies were removed and placed in storage. Men, women, and children of all different ages. A pregnant woman was buried with her twenty-four-week-old fetus. Some of the bodies still have some of their clothes on to some extent.

In 1969 El Museo de las Momias, the Museum of the Mummies was built. Fifty-nine mummies are there, including the 24-week old fetus. It is thought to be the smallest mummy in the world. The museum is open to this day. If you’re planning a visit to Mexico, you may want to check it out.