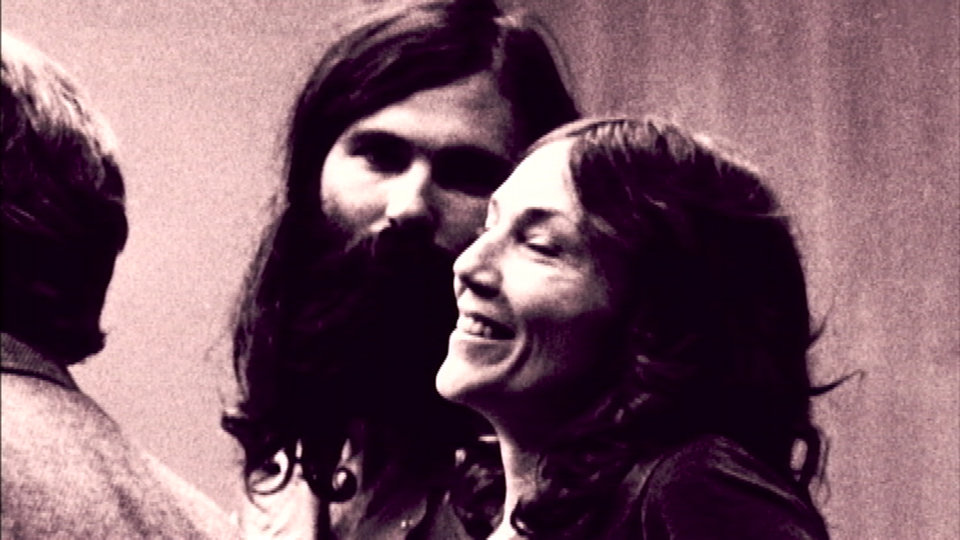 The couple that slays together, stays together? That has to be on a bumper sticker somewhere! If not, it will be! (You’re welcome whoever runs out and does it) Suzan and James Carson did their fair share of slaying together but in the end, weren’t able to stay together. Separate prisons have a tendency to do that to a couple.

James Carson and Suzan Barnes were a match made in hell. Back in the 1970s, Suzan Barnes was a divorced mom of two boys living in California. One day she did a few hits of mescaline and had a vision that she’d meet the man of her dreams. James Carson was also divorced. His wife had left him and taken their daughter with her. He met Suzan at a party in 1977. Suzan decided that he was the man her vision told her about. They hooked up and started a relationship full of sex and drugs.

Suzan told James about her vision. She also said that another vision told her that his name was really Michael and that they should change their last name to Bear. He believed her, and Michael and Suzan Bear were born. She said her visions also told her that they should biome Muslims and hunt witches. For the record, Muslims are not witch hunters and don’t do drugs. But in their twisted minds, this is the mission that Allah had for them.

In 1978 the couple moved to Europe. They got “married” at Stonehenge. Odd choice, since Stonehenge is a sacred Pagan site and treasured by witches all over the world. They moved around Europe trying to spread their weird new religion. They eventually ran out of money and went back to California. They started living with a woman named Keryn Barnes (no relation) in San Francisco.

They tried to convince Keryn to become Michael’s second wife. When she said no, Suzan told Michael that she had another vision and that Keryn was a witch. She told Michael that he had to kill her. Keryn’s body was found on March 7, 1981. She had been stabbed thirteen times in her face and her neck. Her skull had been crushed, and she was wrapped in a blanket. There were drawings and the name Suzan written all over her walls. One of Keryn’s friends told the cops about Michael, Suzan, and their made-up religion.

The Bears went to Northern California and hid in a cabin in the woods for about a year. The police couldn’t find them because they didn’t know their real names. After that, they got jobs as caretakers of a marijuana farm in Southern California. They thought that both places were sent to them from Allah. They started having problems with a man named Clark Stephens, a friend of the farm owner. Suzan thought that he drank too much and that Allah didn’t approve. After he cursed her out one day because she didn’t want him coming to the farm, she told Michael that he was a witch. So Michael shot him in the face and killed him.

After the shooting, they headed up to Northern California and went into hiding. They were hitchhiking one day to get supplies from town. A man named John Hillyer picked them up in his truck. Suzan was sitting next to him and claimed that his leg touched hers. So she of course decided that he was a witch and Michael was supposed to kill him. John put up a good fight that attracted attention. They were at a roadside fruit stand at the time, and witnesses called the police. They stole the truck and tried to get away. They ended up in a ditch after a high-speed chase and were arrested.

They refused to confess unless they were allowed to hold a press conference, which they were given. They did confess. They also said that Allah told Suzan where to find the “witches” and that Michael should kill them. They also accused President Reagan of being the devil, explained why witches should be killed, and babbled about George Orwell’s book 1984. Michael was being interviewed in jail and said that he and Suzan were “religious warriors involved in a holy war against witches” After all that, they both pleaded not guilty to the murders, which of course didn’t work. In May of 1984, they were both convicted on three counts of murder and sentenced to seventy-five years to life.