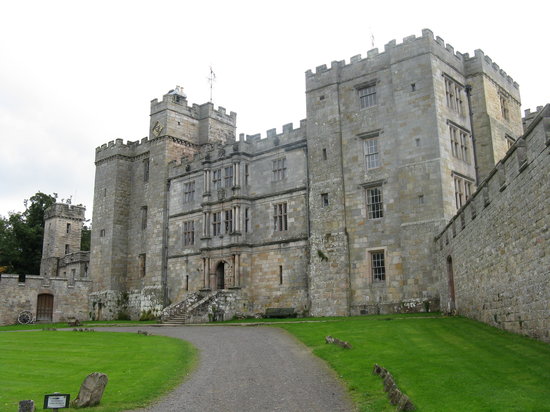 In the 1200s, Chillingham Castle started as a monastery.  It was built on the border between England and Scotland and was given to the Grey family in 1246. They were given permission to fortify the castle and it became a stronghold during many battles between the two countries. Generations of the family lived there over a span of eight hundred years before it was abandoned. It served various purposes after that, including an army barracks during WW2.

The castle was purchased in 1982 by Sir Humphrey Wakefield. His wife was the daughter of Lady Mary Grey,  an ancestor of the Gray family.  The Wakefields completely restored the castle. They preserved the castle’s original architecture, and live there to this day. But they aren’t the only ones.  Rumor has it that several of the former inhabitants are still there. 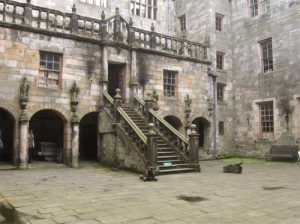 Chillingham is considered one of the most haunted castles in the UK. It was the site of the deaths of both English and Scottish soldiers. Over seven thousand Scottish prisoners died in the dungeons, including women and children. Along with the usual cold spots, voices, and sounds – Chillingham has some regular spectral residents: 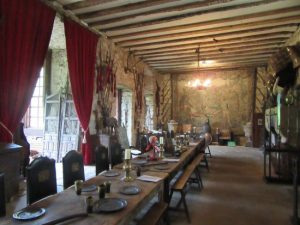 There have been bones and skulls found in various places on the property, and the lake is full of them! People have also reported having their hair pulled or being pushed at many different locations on the property. Some staff members have claimed to hear a voice telling them to “get out”. Several investigations have been done in the property and people’s “ghosts meters” were (of course) lighting up all over the place. So is it people’s imagination based on the castle’s past, or is it really haunted? The answer to that my friends…we may never know.