*THIS ARTICLE CONTAINS SEXUAL ACTS AND MURDERS OF LITTLE GIRLS*

Tsutomu Miyazaki was born in 1962 into a rich newspaper family. He was born prematurely with a birth defect that left him with gnarled hands. They were fused directly to his wrists, so he had to move his entire forearm to rotate his hand.  Due to his deformity, he was ostracized and had a hard time making friends. The rejection caused him to develop an obsession with manga. As a boy, he was a good student. He wanted to be a teacher, but his grades dropped in high school and that dream was over. Instead, he studied to become a photo technician. 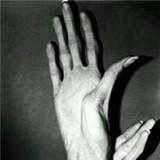 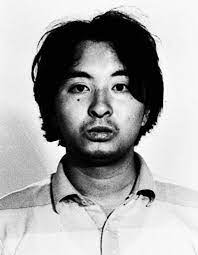 On August 22, 1988, 4-year-old Mari Konno went for a playdate with a friend and never came home. A massive search party was organized but the girl was nowhere to be found. In early September, the Konno family received a package at their door. It contained a note, a small bag of dust, and a pair of teeth. The note read:

When police examined the dust they concluded that it was crushed human bones and that the teeth belonged to Mari.

On October 3, 1988, 7-year-old Masami Yoshihawa disappeared from a rural road outside the town of Itsukaichi. Police searched but she was never found. A few weeks after she disappeared, her family would receive weird phone calls where all they could hear was someone breathing heavily on the other end. The phone would ring day and night and would ring for up to 20 minutes if the family didn’t answer it.

In November, 4-year-old Erika Nanba disappeared. A few weeks after the disappearance her family received a postcard with a single line:

The police already had suspicions that there was a connection between the two earlier murders, but with the murder of Erika and the postcard the family received that was written exactly like the note to the Konno family, they were certain that a serial offender was at large. But other than the letters, the police had no leads. Nobody had seen the girls get abducted and no one had seen anything or anyone suspicious. Despite police efforts to track the killer down, another girl disappeared.

On June 6, 1989, he abducted 5-year-old Ayako Nomoto. As before, no one had seen anything and the police were clueless.

Then on June 23, 1989, in a park in Tokyo, a 6-year-old girl was attacked by a man that pulled her into some nearby bushes, stripped himself and her naked, and tried to insert a camera object in her vagina. The man was stopped when the girl’s father found them and confronted him. After fleeing naked on foot, the man eventually returned to the park to retrieve his Toyota, whereupon he was arrested by police who had responded to a call by the father. The name of the man they arrested was 26 year old Tsutomu Miyazaki, a photo technician from Tokyo. A search of Miyazaki’s two-room bungalow produced 5,763 videotapes, some containing anime, slasher films, hentai,  and horror movies. One of his favorites was the Guinea Pig movie series. Interspersed among the tapes were video footage and pictures of his victims.

Miyazaki, who retained a perpetually calm and collected demeanor during his trial, appeared indifferent to his capture. He called the murders “an act of benevolence”. During interrogation, Miyazaki revealed gruesome details about the murders:

Japanese law did not allow someone of unsound mind to be punished. People considered “feeble-minded” were given reduced sentences.  Miyazaki was examined by three teams of psychologists. Two of them diagnosed him as “feeble-minded”, and the other diagnosed him as schizophrenic.  One team said he had multiple personality disorder. Another team agreed with the personality disorder but said that he understood what he did.

Miyazaki claimed that he had a personality called “The Rat Man”. The Rat Man made him kill. He drew drawings of him all through the trial. The Tokyo District Court determined that he could be held accountable for his crimes. Miyazaki was sentenced to death. 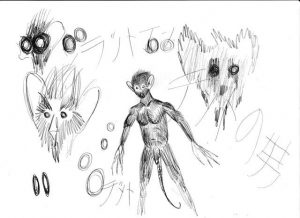 Tsutomu Miyazaki was called “The Little Girl Murderer” and “The Otaku Killer”. Otaku is a term for someone consumed with things like anime and manga. Because of his interest in those things, and his bad relationship with his family – reports speculated that he lived in a fantasy world. However – Eiji Otsuka, a professor at Kyoto’s International Research Center for Japanese Studies – wrote a book about Miyazaki. He theorized that his collection of pornography may have been added by a photographer to “…highlight his perversity…”  A reporter named Fumiya Ichihashi, suspected the released information was playing up to public stereotypes and fears about otaku. Another journalist, Sharon Kinsella, says that collections of manga and videos were typical in the rooms of youths living in Tokyo at the time. 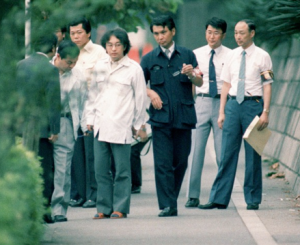