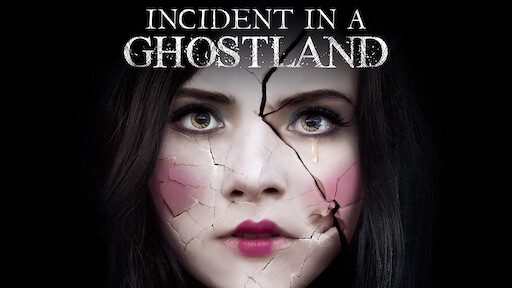 Incident in a Ghostland

Incident in a Ghostland is one of those movies that messes with your head! The plot seemed innocuous enough: “A mother of two who inherits a house is confronted with murderous intruders on the first night in their new home and fights for her daughters’ lives. Sixteen years later, when the daughters reunite at the house, things get really strange.”  That’s all we knew before making the popcorn. 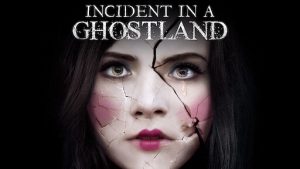 We went into this expecting to watch a haunted house movie and got something completely different. Incident is a dark, creepy, brutal, psychological horror. It drew me in, got me interested, confused, and surprised me. More than once one of us said “I didn’t see that coming”. I loved it and I hated it. I’m REALLY going to have to dance around the plot here so I don’t spoil the movie!

One of the real stars of this movie for me was the house. It’s a big, dark, dusty, spooky, sexy, gorgeous house! It’s Gothic horror film perfection! The minute I saw it I wanted to live there ( I may have even said it out loud!) The detail that was put into the house gives it a very foreboding doom and gloom feeling that reflects the atmosphere of the movie.  I was torn between wondering why the hell anyone would want their house to look like that and wanting to explore every inch of it. 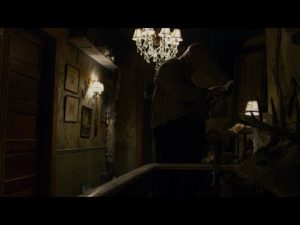 The use of lighting and shadows was exceptional, and Danny Nowack’s cinematography was on point. The movie starts slowly. We learn a little about the characters, get a few hints on what might happen, and get the feel of the movie. After about twenty minutes the movie punches you in the face! Hold on to your seat and just remember to breathe. This movie is a roller coaster ride.  It kept me so interested that I didn’t see the plot twist coming.

Incident in a Ghostland uses plenty of movie tropes that we’ve all seen before, but effectively. The haunted house, creepy dolls, home invasion, inheriting an old house, and good old-fashioned jump scares. No matter how much people complain about overused horror tropes, I’m not ashamed to admit that I love them. 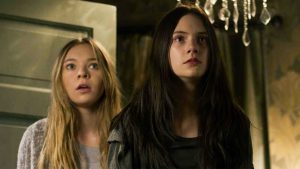 The girls that played the teenagers (Emilia Jones and Taylor Hickson) gave wonderful performances! They must have been hard roles for them and they really gave it everything they had. Taylor Hickson was hurt and permanently scarred during the filming of Ghostland. In one scene she was pounding on a glass door and it shattered, slicing her face. She ended up with seventy stitches.  Hickson sued Incident Productions Inc. They pled guilty and were fined forty thousand dollars. The lawsuit has not been settled yet. This has been one of the most challenging movie reviews I’ve written so far. I still haven’t decided whether I loved or hated the movie. We had a few discussions about things during the movie. I’m glad I didn’t see it in the theater because I talked to the television more than once.  If you haven’t seen it – take my advice and don’t research it…just watch it.