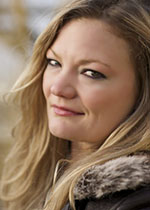 When Stephen King calls someone’s book “…a true nerve-shredder that keeps its mind-blowing secrets until the very end”,  you know you have to read it as soon as it’s released! That is exactly what he said about Catriona Ward’s book The Last House on Needless Street. And if anyone knows good horror – it’s the King himself. 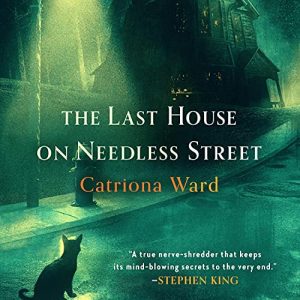 Catriona had a very busy upbringing. She was born in Washington D.C.  Her father worked for the World Bank and the family moved around quite a lot. She has lived in Yemen, Morocco, Kenya, Madagascar, and England. She studied English at Oxford University and got her Master’s in Creative Writing at The University of East Anglia in England.

When she was young she woke up every night feeling like there was a hand against her back pushing her out of bed. She woke up feeling that there was someone in her room and she was terrified. Whether it was a nightmare, a ghost, or night terrors – she can’t say.  Regardless of what it was, Catriona said “…it doesn’t matter whether it’s real or not; the fear is real. And there’s nothing else quite like it, that fear in the dark”. 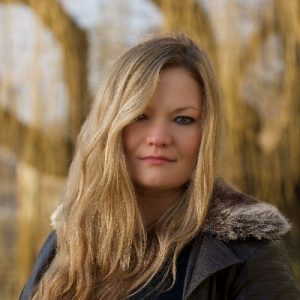 Because her family moved so much, it was hard to maintain friendships. Her best friend was her sister. She discovered that reading Gothic horror was an excellent way to help explore and rationalize her fear of the dark. Through novels like The Monkey’s Paw and The Haunting of Hill House, she learned to enjoy the thrill of being scared.

After a brief try at acting, Catriona decided she was a better writer. And she was not wrong! Catriona’s first book Rawblood won the August Derleth Best Horror Novel award at the British Fantasy Awards in 2016. In 2019, her second book Little Eve won both the same award and the Shirley Jackson Award for horror, the dark fantastic, and psychological suspense. 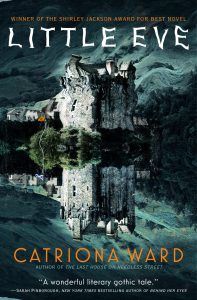 In an interview with The Guardian, Catriona said “…I have a real affinity for the monster. Every monster has a story. Empathy and monstrosity go hand in hand, you can’t provoke horror in the reader without invoking an intensely empathetic reaction at the same time. More than the monsters, we fear becoming them.”  She’s not wrong

Catriona is rapidly becoming one of the top new horror writers. Her library of work is small, but growing:

Catriona’s stories are dark and full of psychological terrors. She once said that “…Horror is reaching out through the page, to the reader saying I’m afraid of this too, but if we go through it together, you look horror in the face”.  Let’s hope that she goes through it with us for a long time.