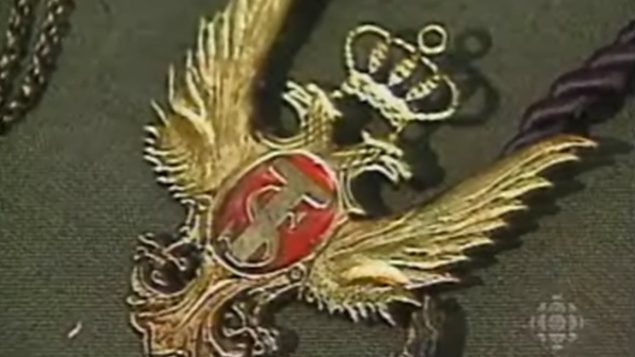 The Order of the Solar Temple

The Order of the Solar Temple was a doomsday cult that ended in the murder/suicide of seventy-four of its members in Switzerland and Canada in the 1990s on three separate days. The members either committed suicide to “ascend to a higher plane” or were murdered as traitors. All because of a “religion” created by two twisted men.

In 1984, homeopathic doctor Luc Jouret and jeweler/clockmaker Joseph DiMambo founded The International Chivalric Organization of the Solar Tradition, a/k/a the Order of the Solar Temple in Geneva, Switzerland. The Order claimed to be able to trace its origins back to the original Knights Templar. After the Catholic Church disbanded the Knights, several offshoots were formed by former Knights. One of them was the Renewed Order of the Temple.

Jouret was a homeopathic doctor. In the 1980s, he started to travel around the world on the New Age speaking circuit in Europe and Canada. He founded the Amenta and Archédia clubs based on his New Age beliefs. He was also a member of the Renewed Order of the Temple, which was a religious group based on the Knights Templar. On one of his speaking engagements, he met Joseph Di Mambro. 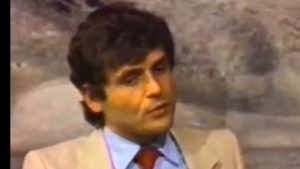 Di Mambro was a jeweler/watchmaker. In his twenties, he began practicing the occult.  He then joined the Ancient and Mystical Order of the Rose Crucis. He went on to form The Golden Way Foundation, which was essentially an occult group. Di Mambro was apparently a few cards short of a full deck because he believed that he was either Moses reincarnated or an Egyptian pharaoh. Jouret and Di Mambro met when Golden Way hired Jouret to speak at one of its functions.

Jouret and Di Mambro modeled The Solar Temple by combining their own spiritual beliefs with occult Freemasonry and Evangelical Christian beliefs. Jouret and Di Mambro claimed that an apocalypse was coming based on the teachings of the Templar Knights and the Hermetic Order of the Golden Dawn from the fourteenth century. They believed that following those teachings would bring about an age of enlightenment. If you were a devout follower you would be transported to another planet to spend eternity. They believed that this would be the second coming of Jesus, who they called the “God-King”. 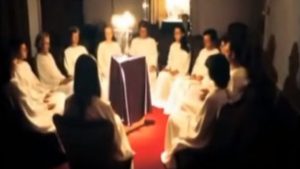 The Solar Temple had many similarities to other cults. Members were required to pay a lot of money. Jouret and Di Mambo recruited millionaires, policemen, doctors, etc. If you had money, you were welcome to join.  Di Mambo used his knowledge of the occult to create the Order’s rituals. Di Mambo had a daughter named Emmanuelle, who he thought was chosen to lead everyone in the post-apocalyptic new world. He started choosing mates for Solar Temple’s members for “cosmic marriages”. He claimed they would have “nine cosmic children” to assist Emmanuelle in the new age. Cult members Nick and Antonio Dutoit had a child that was sanctioned by Di Mambro. They named him Christopher Emmanuel. Di Mambro said the baby was the antichrist.

Trouble started for the Solar Temple in the 1990s. In 1991, a former member filed a lawsuit against them accusing them of being a cult. Jouret was arrested in 1993 trying to buy illegal guns. Then Di Mambro started to have health problems. He reportedly had cancer and his kidneys were failing. He also started having problems with his children. His daughter Emmanuelle was rebelling against being “the chosen one”. His son Elie realized that the “religion” was a cult and began to speak out against it. This got the attention of some cult members who started looking into it themselves. When they saw the way Jouret and Di Mambo lived (using their money, of course), they started leaving the cult. With his world falling apart, Di Mambro decided to take things to the next level. He began making preparations for the apocalypse (which was suddenly going to happen soon). So he started preparing his followers for the next step, starting with a recreation of the Last Supper with Di Mambro as Jesus.

On October 4, 1994, the Dutoit family was murdered in their Quebec, Canada home.  Then their killers committed suicide. On the same day, twenty-two members of The Order of the Solar Temple committed suicide in Cheiry, Switzerland. Eighteen of them arranged their bodies in a circle.  Twenty-five bodies were found in two chalets in Granges-Sur Salvan, Switzerland. Only fifteen of the fifty-two deaths were suicides. Jouret and Di Mambro were two of them. Sixteen members in France committed suicide. Five more members in Canada did the same. The Order’s main compound was burned to the ground. 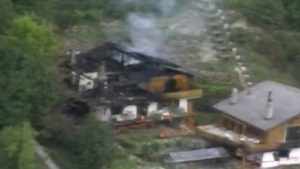 The Order of the Solar Temple disbanded afterward, though it’s rumored that there are still a few active branches.