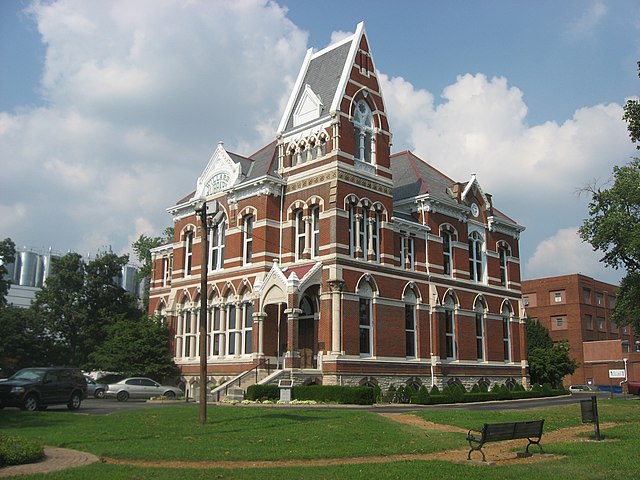 The Gray Lady of the Willard Library

I love the library.  Especially old ones. Beautiful architecture, the smell of books, and maybe ghosts? Be honest – all libraries kind of feel haunted. Apparently the Willard Public Library in Evansville, Indiana is. Visitors say that a ghost they call the Grey Lady has been seen floating around. Maybe she’s looking for a good horror novel! Though it kind of reminds me of the librarian from The Ghostbusters.

William Carpenter was said to have been a good man.  He started building the Willard Public Library in 1881. Carpenter was unfortunately estranged from his children. Rumor has it that before he died he told his daughter Louise that she wouldn’t get anything in his Will. Carpenter died from a stroke in 1883 and willed all his money to charity. Louise was furious and sued his estate. She lost. The library was completed in 1885. 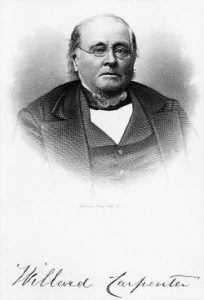 One day in 1927, a custodian claimed that he had seen a ghost coming toward him. He said it was a woman wearing a grey dress and shawl. Then a minute later she was gone. He quit soon after that. She’s been seen many times over the years. People started calling her the Grey Lady. But who is she?? There has been speculation that it’s the ghost of Carpenter’s daughter Louise. She’s obviously still pissed and floating around being annoying.  Some think it may be a local woman that drowned near there.

People that have seen her say they smelled a strong perfume. She’s been seen sitting on the stairs and floating down the hall with an armful of books. She’s even been riding in the elevator. (I bet that scared the shit out of whoever was in there!) There have also been reports of the faucets and lights turning on and off. She also messes with the books and moves the furniture around. Doesn’t she know that you’re supposed to be quiet in the library??? 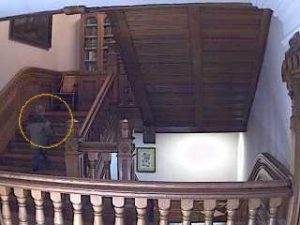 The Grey Lady has become so popular that the library set up ghostcams so people can hunt for her on the web. And yes I absolutely looked for her! Click here to see if you can find her. And there are ghost tours offered around Halloween. Happy ghost hunting! 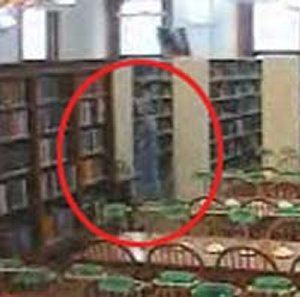