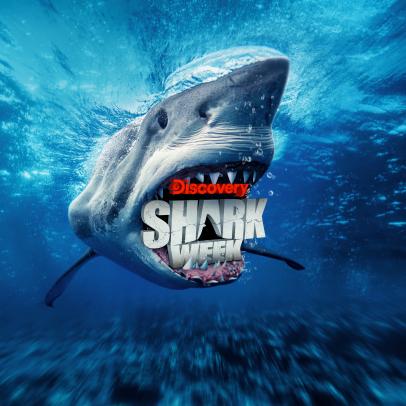 Get ready my friends – Shark Week 2022 is coming! The perennial summer favorite is swimming its way back. The Discovery Channel has been hard at work preparing an entire menu to satisfy its viewers. They’re ready to satisfy our every shark-related craving.

“We’re gonna need a bigger boat!” In 1975, Steven Speilberg’s adaptation of the Peter Benchley novel Jaws became the holy grail of shark movies. Audiences were terrified. To this day I think of it when I’m at the beach – and there’s no way you’ll get me in the ocean at night! Jaws is the first (and in my opinion the best) of the shark movies. And don’t tell me that the shark’s theme music isn’t playing in your head right now (you’re welcome). 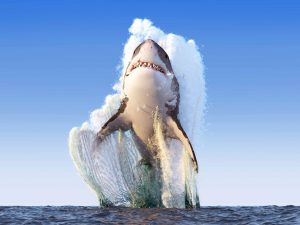 In 1988, Discovery Channel’s Shark Week hit the airwaves. According to Shark Week’s producer Brooke Runnette, the concept of Shark Week was thought up in a bar (as all genius ideas are) and written on a cocktail napkin! Shark Week was suggested as fun summer programming. A bunch of sober brainstorming sessions later and the first Shark Week aired in June 1988. It started with educational programming and documentaries. Now it’s in its thirty-third year and still going strong. 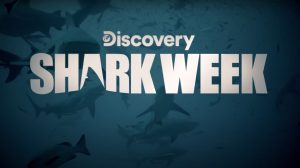 Most people have a mix of fascination and fear of sharks.  Looking at them is mesmerizing. They just swim. Slow and calm and they never stop. They’re actually quite beautiful…  On the other hand, looking into those black lifeless eyes can be a little unnerving. And those teeth!  To quote Hooper (Richard Dreyfuss) from Jaws…” All this machine does is swim, and eat, and make little sharks.”

Shark attacks have been reported as far back as 1916. Anyone fortunate enough to survive an attack ends up either disfigured or missing body parts. There isn’t a person alive that wouldn’t freak the hell out if they saw a shark coming toward them in the water. Sharks are considered the apex predator. They can take down anything from a small fish to a whale (I’ve seen it happen – I’m obsessed with nature documentaries). We’re nothing but a snack to them. As our obsession with Shark Week grew – so did the supply of shark movies. And we watch all of them! They range from scary to true to funny to bad but good. You know that Scary Matter will bring you our favorite shark movies every summer. At this rate, we may never run out! Let’s be honest my friends – shark movies give us the same thrill as other horror movies. The shark is the bad guy. You know it’s out there watching and waiting. You tense up a little when you hear the music that tells us it’s close.  As horror fans, we wait for the attack. The blood in the water, body parts being ripped off – it’s the shark equivalent of the slasher movie. Though we’re not the only people that love sharks.

Shark Week got so popular that celebrities got involved. People like Shaquille O’Neal and Guy Fieri showed up. In one of the most anticipated shows – Michael Phelps even raced one. He lost to a computer-generated shark. Discovery took some heat for that fake-out. This year they have Snoop Dogg, William Shatner, Mike Tyson, the cast of Jackass, and more. 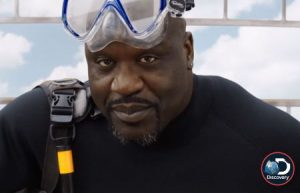 Now Shark Week is everywhere. The Discovery Channel started selling Shark Week merchandise. Then everyone got into the game. Other stores followed suit: restaurants sell Shark Week inspired dessert, bars make themed drinks- You can find Shark Week decorations and throw a watch party! And don’t get me started on the Funko pop figures. I heard they even made an NFT. So grab your scuba gear and hop in the shark cage… Shark Week starts July 24.