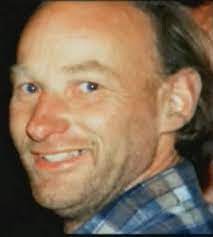 Robert William “Willie” Pickton is considered the most savage serial killer in Canadian history. Over sixty women disappeared from Vancouver, Canada between 1978 and 2001.  Pickton is suspected to be responsible for them. Enough evidence was found to only convict him on six charges of second-degree murder. It is believed that he fed the rest of his victims to his pigs. 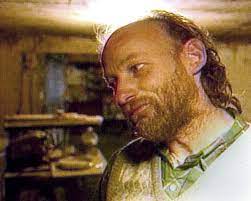 Pickton was born in British Columbia, Canada in 1949. His parents owned a pig farm. When they were kids, Pickton and his brother David worked long hard hours there. (Their sister Linda lived with relatives) He had an abusive father and a mother who seemed to care more about the farm than her children. More often than not the boys went to school in dirty clothes. The other kids started calling them “dirty piggy”.

Pickton experienced violence at an early age. When he was in his early teens, he used his savings to buy a calf that he kept as a pet. He came home one day and the calf was missing. His mother told him to check the barn. The calf had been slaughtered while he was at school. When his brother David accidentally hit someone with his father’s truck, he rushed home and told his mother. Their mother found the victim and rolled him into a deep ditch. 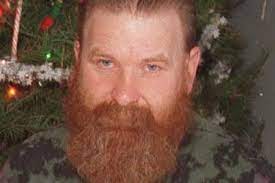 He dropped out of school in 1963 to become a butcher’s apprentice. The skills he learned came in handy both on the farm and later in the dismembering of his victims. He was back working on the farm working full-time by 1970 (he was 21). His mother and father died in 1978 and ‘79 respectively. They left the farm to their three kids. Pickton moved into a trailer on the property and continued running it with his brother David. Their sister didn’t want to be involved. The brothers also had a salvage yard called P&B Salvage.

The area around the farm was developing.  Pickton started selling pieces of the property, making a good amount of money. He and David took some of the proceeds and started a social club named “Piggy’s Palace Good Times Society”. They registered it as a “non-profit charity”, but instead, it was a place for them to party. Pickton frequently went to a part of town called Downtown Eastside. That’s where he found his victims. He promised money, drugs, and alcohol to prostitutes if they would come with him to his club. 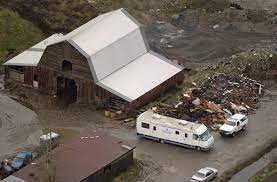 In 1997, Wendy Lynn Eistetter accused Pickton of trying to kill her. She was at the farm and they got into an argument. Pickton tried to handcuff her. (The keys to the cuffs were later found in his pocket). She broke away from him and stabbed him with a kitchen knife. They both had stab wounds and were treated at the same hospital. Pickton claimed that she was a hitchhiker. The charges were dismissed in 1998 because Ms. Eistetter was a drug-addicted prostitute and therefore considered an unreliable witness.

In 1999, the police received an anonymous tip that a drug addict named Lynn Ellingsen saw a woman’s body hanging in Pickton’s slaughterhouse. When questioned by police, Ellingsen initially denied the story. Only much later did she admit that she had in fact seen the body. She did not report it because she feared Pickton and depended on him for money for drugs.

A man named Bill Hiscox, who worked for Pickton, noticed that women that visited the farm were eventually reported missing, and went to the police with his suspicions. In the meantime, women kept disappearing. Sadly, because they were prostitutes, the police didn’t consider them a priority. Pickton’s pool of victims dried up. The prostitutes started having suspicions about Willie and were afraid to go with him.

The police formed the Missing Women’s Task Force in 2001. By then sixty-two women were missing. They were flooded with calls after a one-hundred thousand dollar reward was offered. Many women called to mention a pig farmer, but Pickton was never looked at. Pickton killed several more women after that, but this time he decided to keep parts of them: 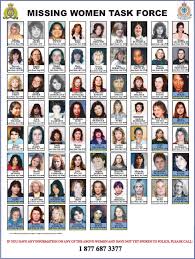 A truck driver that occasionally worked at the farm called the police to report that he saw illegal guns in Pickton’s trailer. On February 5, the police raided the farm. In addition to the guns, the police found an inhaler that was prescribed to Sereena Abotsway. The police got another warrant to search the property for the missing women. Pickton was arrested on gun charges. He was able to post bond and was released. He wasn’t allowed back on the property while the search was being conducted.

Police found DNA, teeth, jawbones, and clothes from thirty-three women. They found the bloody camper and Mona Lee Wilson’s hair, brain, and body in a trash can. Her skull was sawed in half and also in the trash. In addition, the buckets filled with Andrea Jonesbury and Sereena  Abotsway’s remains were found. The police also found a gun with a dildo attached to the end, which he claimed was used as a silencer (That’s not what they’re for pal!). They found fur-lined handcuffs, pictures of a garbage can containing human remains, night vision goggles, a syringe filled with blue liquid, and rounds of .357 bullets.

Pickton was arrested on February 22, 2002. He insisted that he was innocent. The police put an undercover RCMP (Royal Canadian Mounted Police) officer in the cell with him. As with all serial killers, Pickton started bragging. He claimed to have killed forty-nine women but was mad because he wanted to kill one more. Pickton said…”I was gonna do one more. Make it an even fifty. That’s why I was so sloppy. Make…make the big five-0.” 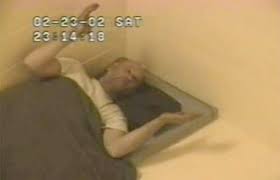 Because there wasn’t much evidence, it was impossible to determine the exact number of victims and how they were killed. The theory was that Pickton would have sex with them and strangle or shoot them. Then he would put the bodies in the woodchipper. What was left was ground up and fed to his pigs.

Another claim is that once he ground up the victims and mixed it with pork mince from the farm Then Pickton gave it to his friends and family. An episode of World’s Most Evil Killers claimed that Pickton would lure prostitutes to his farm. During sex, he would become violent and accuse the victims of something, such as stealing from him. He would then restrain them, strangle or shoot them, and then butcher their bodies.

Forensics was able to match DNA to more missing women. There were only six original charges, but forensics kept processing evidence, and the charges kept coming. Pickton was charged with twenty-seven counts of first-degree murder in total.

In 2003 a preliminary inquest started and the judge banned the media from publishing anything about the case. The ban remained in effect until 2010. The first phase of the trial (jury selection, determining allowable evidence, etc) started on January 30,  2006. Pickton pleaded not guilty to all twenty-seven charges. One count was thrown out for lack of evidence. The judge decided that the number of charges was too overwhelming for the jury and split them into two trials. Six charges in one, and twenty in another.

The trial for the first six charges started on January 22, 2007. In addition to showing all the evidence that was found on Pickton’s property, a video of Pickton’s friend Scott Chubb was played. Mr. Chubb said that Pickton told him that the best way to kill a woman was to inject her with windshield washer fluid. A tape of a man named Andrew Bellwood was also played. Mr. Bellwood said that Pickton told him that he had killed prostitutes. He said that he handcuffed them, strangled them, and then bled and gutted them. Then he fed them to the pigs.

Problems with the jury delayed the trial. There was a rumor that one juror already decided that Pickton was innocent, but denied it when questioned by the judge.  Then the jury sent the judge a letter requesting clarification on her jury instructions. The jury finally came back with a decision on December 9, 2007. Not guilty on the six counts of first-degree murder. Instead, they found him guilty of six sounds of second-degree murder. He was sentenced to life in prison with the possibility of parole in twenty-five years, which was the maximum for a second-degree murder charge. 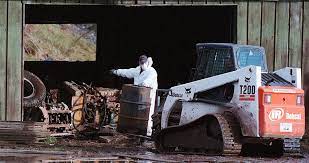 Over the following years, law enforcement attempted to tie him to the rest of the murdered women.  Unfortunately, they were never able to make the charges stick. His lawyers appealed his conviction several times but were unsuccessful. As of this writing, he is still in prison.