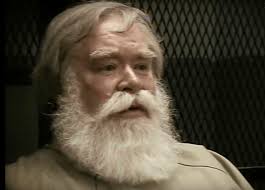 Richard Cottingham did not have the traumatic childhood that’s usually associated with serial killers. He was born in the Bronx and moved to New Jersey when he was 12. He struggled a little after the move, but by high school, he had friends and was more social. He graduated, got a job, got married, and had kids. He appeared to be living a normal life, but was hiding a dark secret – he was a serial killer.

In 1968, a woman named Nancy Vogel was murdered and dumped outside near a hotel. There were no suspects or leads, and the case went cold. She was Cottingham’s first victim. After that, he was convicted of small crimes like shoplifting and driving under the influence. Then in 1973, he was arrested for assault. He attacked a woman and was charged with sodomy, sexual assault, and robbery, but his case was dismissed. He trolled bars in Manhattan for victims and would spike their drinks. He took them to motels and sexually abused them. He was arrested for that twice. He was charged with sexual assault, unlawful imprisonment, sodomy, and robbery. The charges were dismissed both times.

In December of 1979, while fighting a building fire in Times Square, a  firefighter found two women on a bed in one of the rooms. He carried the first one out and when he went to perform CPR on her, he found that she didn’t have a head, neither did the other one. They had both covered in lighter fluid, which started the fire.

The police identified one of the victims as a local prostitute named Deedeh Goodarzi. The only thing they were able to determine about the other victim was that she was 16 years old. During the investigation, they linked the murders to the death of another young prostitute named Helen Sikes.  She disappeared from Times Square the year before. When they found her body her head was almost completely cut off, her legs were cut off, and were found lying next to each other a block away. They had a serial killer on their hands, and he was just getting started. Or so they thought.

In  May 1980, the bodies of two more women were found. The first was Valerie Street. Valerie was found in a hotel room on May 5. and had been brutally beaten, strangled, and the killer had chewed on her nipples.  One nipple was almost completely chewed off. The other victim was Jean Reyner. She was found on May 15. She had been stabbed to death and her breasts had been cut off. Then she was set on fire. A woman named Maryann Carr has also been found beaten to death in the same motel, but the deaths were not linked together.

On May 22, Cottingham picked up a prostitute named Leslie Ann O’Dell and took her to the same motel. He handcuffed her and pointed a gun at her back. Just like with Valerie Street, he almost bit off one of Leslie’s nipples. People in the motel heard her screaming and called the police and Cottingham was arrested. The police found that he has a gun, a knife, a leather ball gag, handcuffs, pills, and two slave collars. At his house, police found a trophy room where he kept things belonging to his victims. They were also able to match his handwriting to receipts at the hotels where his victims were found.

While Cottingham was on trial, he attempted suicide several times. On one occasion he managed to sneak a razor blade into the courtroom and slit his wrist during the trial, he tried to overdose on liquid antidepressants, and once broke his glass and tried to use pieces of the lenses to slit his writ.

Around 2004, and continuing for several years after, Cottingham confessed to killing three girls from New Jersey in the late 1960s – Irene Blase, Denise Falasca, and Jacalyn Harp. All three girls were teenagers. Cottingham has said that he’s killed anywhere from 85 – 100 women, but that has never been proven. He’ll be spending the rest of his life rotting away in the New Jersey State Prison in Trenton.