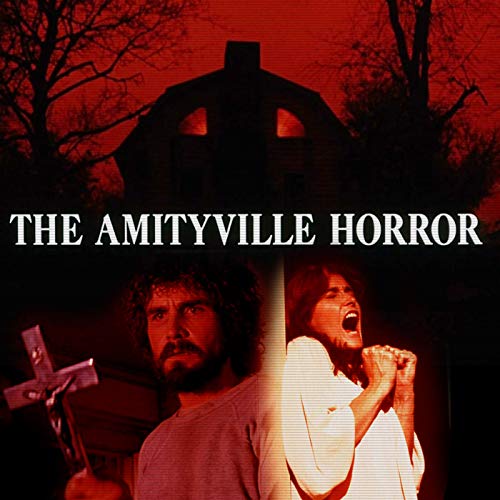 The Amityville Horror – The Movie

“For God’s Sake Get Out”. The Amityville Horror was one of the movies that scared me to death when I was young. I was a good Catholic school girl and not into horror movies yet. When I first saw this, I was sleeping at a friend’s house, she had cable, and her parents weren’t home. She had a cubby hole in her room that I had to sleep next to. And her shaky little Chihuahua sat on the foot of my cot and growled at it all night. So of course I assumed that there was a demon inside it. I barely slept that night. Now I’m all grown up and my church is a good horror movie.

In reality, the movie isn’t as scary as we would like it to be. It was made in the 70s, so it’s missing the blood, guts, and gore that we’re used to. And there are certainly better haunted house movies. It’s very dated, has cheesy 1970s special effects, and a lot of dramatic overacting. And although it’s considered a horror classic, it won’t impress anyone that hasn’t already seen it (and I refuse to discuss the remake!).

The movie starts off well. It covers the DeFeo murders to set the tone of the house. Then the Lutz family (even after learning about the murders) fall in love with it and move right in. The movie keeps the stories about the priests. George Lutz is played by Josh Brolin, doing his overdramatic best. He is slowly being possessed by whatever is in the house but trying to fight it. Margot Kidder plays a terrified, helpless Kathy Lutz, and Rod Steiger plays Father Delaney.

The movie takes everything the Lutzes claim happened and embellishes them as much as possible. Unfortunately, we end up with a ton of scenes meant to scare us, that don’t. I do love how they make the house look evil though. The last maybe 15 minutes or so are good, and then it’s over. You have to take it for what it’s worth, and keep in mind when it was made. And then if you want more, click here to see all of the other Amityville-related movies.

Here are some fun facts about the movie: