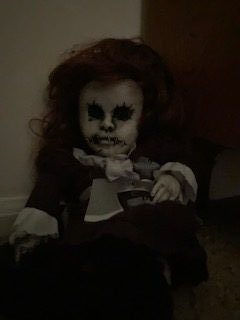 Do you know what a horror trope is? Of course you do, you just don’t realize it. Have you ever been watching a movie and thought to yourself “I’m pretty sure I’ve seen this somewhere before”? Chances are, you’re not wrong. A trope is a plot device. They’re used in every movie you watch, feel very familiar, and are sometimes overused. But good or bad, they set the stage and get us ready for what’s to come.

When horror movies first started gaining popularity, the movie industry paid attention. They all wanted to copy the success of whatever movie made money. So they did. Then someone copied that. And so on. Today’s horror movies have started to move away from the old formulas. Writers and directors are coming up with new ways to scare, or tweaking old tropes to make them better. Here are some that I feel have been used to death:

I don’t mean to shit on all those tropes. I still enjoy them sometimes. Although there are others that have also been overused, that I still never seem to get tired of. No matter how many times I see them:

What do you guys like? Do you agree with me? Let me know which tropes you either love or hate!