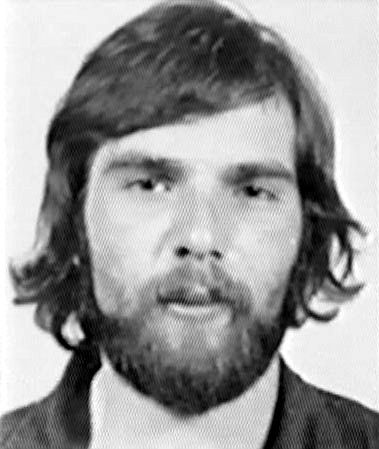 Amityville, Long Island. You know the name. But before The Amityville Horror, there was something much more horrific…and 100% real. On November 13, 1974, Ronald Defeo Sr, his wife Louise, and their children Dawn, Allison, Mark, and John were shot and killed in their beds. The oldest child Ron Jr. was the only survivor. He was also the shooter. He was convicted and sentenced to life in prison.

The DeFeo family moved from Brooklyn, NY to Long Island. They called their house “High Hopes”. DeFeo Sr. worked at his father-in-law’s car dealership. He had a bad temper and was physically and verbally abusive to his family. DeFeo Jr. was his favorite target. So much so that his friends were afraid to go to his house. He was also an overweight kid and got bullied at school.

DeFeo had a temper just like his father. As he got older their fights got physical. His parents tried to put him in therapy, but he didn’t want it. Instead, they started buying him expensive gifts (including a boat) to try to win him over. It didn’t work. He ended up being a spoiled, entitled kid and eventually turned to drugs. He was kicked out of high school, which worsened his drug use and temper. He even threatened a friend with a gun during a hunting trip and acted like nothing happened the next time he saw him.

DeFeo’s father got him a job at the dealership when he was eighteen. He wasn’t a good worker and frequently didn’t show up, yet he never got in trouble and always got his paycheck. He felt that he wasn’t making enough money. He was given around $20,000 to deposit by the dealership. He and his friend staged a robbery. He refused to cooperate with the police investigation into the theft, refusing to even look at mugshots. This made his father start to suspect him. When his father questioned him about it, DeFeo reportedly threatened to kill him.

The official account of the murders is that DeFeo came home that night, got his rifle, and shot his family in about fifteen minutes. He put the gun and his bloody clothes in a pillowcase and threw them in a storm drain. He took a shower and was off to work by 6 a.m. He called the house a few times the next day, pretending to be concerned when he couldn’t get in touch with them. He left work early, and spent the day with his girlfriend, still “trying” to get in touch with his family. He went home to check on them. That night at around 6:30, he ran into the local bar screaming “You got to help me! I think my mother and father are shot!” Some people went back to his house with him, and then someone called the police.

At first, he told police that he thought the killer was a man named Louis Falini, a mob hitman. Falini and his wife lived with the DeFeos for a short time in Brooklyn. DeFeo and Falini argued before they moved, and he was afraid that this was payback. The more the police questioned him, the more inconsistent his story became. Falini had an alibi, and DeFeo confessed the next day. He claimed that he had heard his family’s voices planning to kill him.

DeFeo’s trial began on October 14, 1975. He tried an insanity defense using the fact that he heard voices. Of course, his lawyer had a psychiatrist to support that. The prosecution had their own psychiatrist who said that although DeFeo used heroin and LSD, he had an antisocial personality disorder and was aware of his actions at the time of the crime. On November 21, 1975, DeFeo was found guilty on six counts of second-degree murder. On December 4, 1975, DeFeo was sentenced to six sentences of 25 years to life

Then he changed his story. More than once. He gave several different explanations for the murders:

There have always been questions as to whether or not DeFeo had an accomplice. Interestingly enough, forensic evidence did show unburned gunpowder on Dawn’s nightgown. This could indicate that she fired a weapon. DeFeo claimed that he gave Dawn the rifle, she shot their parents, and he left the house. When he got back, the other kids were already dead and she pointed the gun at him. He wrestled the gun from her and killed her in self-defense.

A journalist named Rick Moran said that he was on the scene the night of the murders and overheard DeFeo’s grandfather, Michael Brigante Sr., tell his grandson that he didn’t want to hear anything more about Dawn and that he was tired of Ron dragging the family name through the mud. Moran said that Brigante told his grandson that he needed to confess to the murders. One of DeFeo’s friends said that Dawn was a “bomb ready to go off” because of the abuse by her father, and absolutely could have snapped and been the shooter.

Moran also said that years after the murders, a DEA agent contacted him. He told him that the DEA had the DeFeo home under surveillance and that he saw a woman, wearing a dark hooded jacket and gloves leaving the house that night. He claimed that he saw her throw a rifle into her car and drive away. He believes this could account for DeFeo’s story about the hooded female demon with the black hands. No woman in a black jacket was arrested that night.

What really happened that night? We’ll never really know. Ron DeFeo died in prison on March 12, 2021. But as we all know, the story doesn’t end there. Stay tuned my friends…..

4 thoughts on “The Amityville Horror Part 1 – The DeFeo Murders”