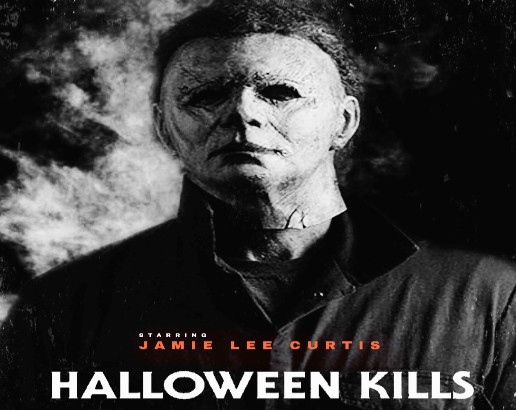 Halloween Kills Too Much?

Who’s ready for Halloween Kills? Get those hands up people! We’ve all waited a very long time for this movie. I’ve been reading the reviews for Halloween Kills, and there seems to be some confusion.  Normally I don’t pay too much attention to the critics, but this calls for an intervention:

Let me start by saying that I never went to film or journalism school. And no one pays me for my opinion.  I do, however, know how to critique a movie. Now granted, whether or not a person likes a movie is completely subjective. It’s all a matter of personal taste. But after reading the reviews for Halloween Kills, I’m left wondering – have you ever seen a slasher movie?

A slasher movie has a person (usually supernatural in one way or another) that wants to kill everyone. And that’s all. That’s literally all they do. It’s their one job, and they do it exceptionally well. Hence all the sequels and people like me rushing out to watch them. I’m not sure if you knew this going in, but Halloween Kills is A SLASHER MOVIE. There’s supposed to be killing!

I’ve seen a lot of complaints that the killing is excessive, over-the-top, and too violent and gory. Speaking as a horror fan – that’s what we want!!! We don’t go to see if the killer is going to get a redemption arc, or if there’s some kind of deeper meaning in the movie. We want to see how many people die and who is going to survive. Were you expecting The Notebook?

As far as the killing being over-the-top and too violent, please reread paragraph two. And the complaints about the gore? Special effects have come a long way, baby!! The ability to make movie kills look as real as possible still amazes me. And for those of you that said the killing is unnecessary – check out paragraph two again.

And why are people looking for subtext and social allegory? Several reviews talked about the residents of Haddonfield healing generational trauma. This isn’t a Hallmark Channel movie. No one goes to see these movies to watch the characters work through their emotions. There’s no time for that or you’re going to get a machete through your head.

I don’t mean to trash your job, but the OG Halloween is my favorite, and Michael Meyers is the shit. I had to throw my own two cents in. So next time your boss sends you to review a slasher movie (btw – how do I get a job like that??), be prepared for some blood, guts, gore, and lots of killing. Keep reminding yourself that it’s a SLASHER MOVIE. That’s the point! Enjoy it.

Thanks for your time.

P.S. – No actual people were killed in the making of this movie.