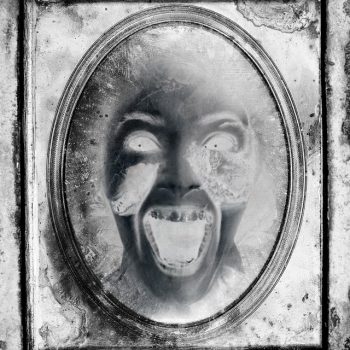 The Legend of Bloody Mary

Have you ever done it? Or were you one of those kids that pretended to do it but kept your eyes closed facing the wall? (Don’t lie). Have you ever wondered who Mary is? The best estimation is that the Bloody Mary chant started around the 1960s or 1970s. There isn’t a clear reason why. But it did make for some good slumber parties!

It was originally a divination ritual. A young woman would walk up a flight of stairs backward holding a candle and a hand mirror, in a darkened house.  She would look in the mirror and supposedly see her future husband’s face. However, if she saw a skull or the Grim Reaper, instead, it meant that she was going to die before she got married.

The current rituals are another story. Half the time, girls light a candle and stand in front of the bathroom mirror. Bloody Mary can appear as a corpse, a witch, or a ghost. They might see her screaming at them, cursing them, strangling them, stealing their soul, drinking their blood, or scratching their eyes out. Some versions of the ritual chant “Hell Mary” or “Mary Worth”  Today the legend of Mary is about a different person, depending on where you live.

In England, it’s about Queen Mary I, a/k/a Mary Tudor. She was the daughter of Henry the VIII and Catherine of Aragon. She was the first woman on the throne. Mary was a very devout Catholic and wanted her kingdom to return to Catholicism. She earned the nickname Bloody Mary because she had all Protestants and anyone who spoke against the Catholic church put to death. There’s a version of the ritual that adds “We have your baby” after her name. This may be because Mary had several miscarriages.

There is also speculation that the ritual is about a woman from Salem, MA named Mary Worth. Mary was a supposed witch. She was an herbalist that lived in the forest. After some local girls went missing, people claimed that Mary suddenly looked younger. She was eventually burned at the stake during the Salem Witch Trials.

Another possible origin could be the infamous Elizbeth Bathory of Hungary. Elizabeth was a serial killer who killed almost 300 girls that were virgins. Witnesses say that Elizabeth bathed in the blood of her victims. She thought the blood would keep her young. After her arrest and conviction, she was locked in her castle until she died. She has been called “The Blood Countess”, although in my research I didn’t see any explanation for the connection to Bloody Mary (besides blood).

There is also a supposed version that sort of combines Elizabeth Bathory and Mary Worth. In this version, Mary Worth is caught using her magic to lure a young miller’s daughter into the woods. She is chased by the girl’s father and people from the town. The girl’s father shoots Mary. They captured her and burned her in a bonfire. As she burned, she supposedly cursed the land so no crops would ever grow there again. So which of these versions put you in front of the mirror?

Fun fact – while I was doing my research, I learned that the Bloody Mary cocktail is supposedly named after her. Click here if you want to learn more.