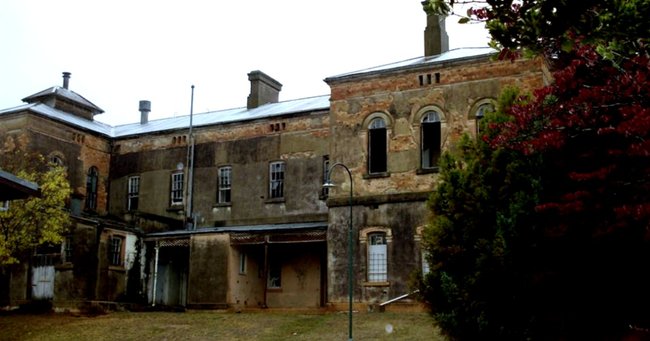 The Mayday Hills Hospital, f/k/a Beechworth Lunatic Asylum, is considered one of the most haunted places in Australia. It was once one of the largest insane asylums in Australia. The building is now owned by La Trobe University. It’s used as a campus extension, a hotel, and a conference center. From the time it opened in 1867 to its closing in 1995 – over three thousand patients died. The ghosts of former patients have been seen all over the place. I’m lucky enough to have a story from my friend Michael, who worked as a security guard there, so read on! 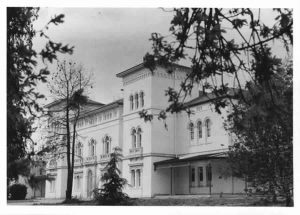 A patient could be admitted for any reason, as long as two people signed. Some people were sent there as part of a jail sentence. Getting out was the hard part. You needed eight signatures. Needless to say – people didn’t get out. At one point it had as many as 1200 patients. One of the ward doctors interviewed some patients about why they had been sent there.  The Australian Herald Sun published an article reprinting some of these interviews. Click here to read their stories in their own words.

Beechworth had something called “ha-ha walls”.  A trench was built inside the walls. This made the walls look lower and not so closed off from the world. But there was no chance of getting over them. 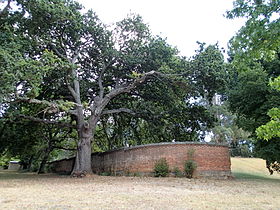 The hospital was built on top of a hill. Back in 1867, it was believed that being high up on the hill would “cleanse the patients” of their illness and that the wind would blow their troubles away. Patients were kept in straight jackets or given shock therapy. Many patients didn’t have clothes. Patients were put in cages or other forms of restraints, and sometimes lobotomies were performed.  With all the inhumane treatments and deaths there, it’s no wonder it’s rumored to have ghosts…a lot of ghosts!!

The ghost of a man named Tommy Kennedy died in the kitchen of the asylum, which is now connected to the Bijou Theatre. People say that Tommy is still there, poking people and pulling on their clothes.  Matron Sharpe’s ghost has been seen in several places. She is supposed to have been very caring with the patients. Now she has been seen going into classrooms, walking down the stairs, and haunting the computer lab.

One section of the hospital was called the Reaction Hall. It was used for plays, dancing, and doubled as a church. In later years it was where the patients were able to see movies.  The ghost of an old man has been seen staring out the window. The ghost of a little girl has been seen trying to talk to women. 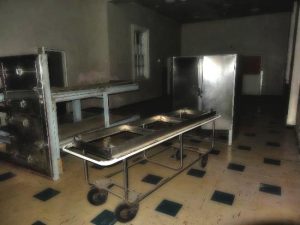 The grounds are haunted too. People have heard children laughing even though no one was there. A patient named Max escaped the asylum. The ghost of Arthur, the asylum’s former gardener, has also been seen roaming around. He is always wearing a green jacket. When he died, nurses found money hidden in the jacket’s lining. A young boy was walking around talking to himself. When asked why he said he was talking to a boy named James that lived there.

The Beechworth Lunatic Asylum is now called Mayday Hills. If you live near there or are planning a trip to the area, you can book a ghost tour with Asylum Ghost Tours.

My very talented friend Michal used to be a security guard at Mayday Hills In the late 90s. His security guard days are over, and now he’s a very talented artist! You can check out (and immediately follow) him on Instagram @mthm777, and then head over to his page on Redbubble and get some of his awesome art on your favorite product! Michael was kind enough to tell me his own creepy story from when he worked at Mayday Hills…

Michael was the only person on the campus from 6 pm to 6 am. The onsite security office had two old TVs, a table and two chairs, and a small kitchenette behind the table. There were 1200 beds in the hospital.  Every night, Michael walked through the campus and made sure that all the doors and windows were locked. Then back to the office to watch one of the TVs. As you can imagine, working the night shift in a former mental hospital is a creepy job. It can turn any sound or shadow into a “thing that goes bump in the night”. According to Michael –

“One night/early morning while watching one of the TVs, something caught my eye on the blank screen of the other one. It looked like someone walked from the far wall to the refrigerator behind me! I casually turned around expecting to see someone there. I was alone!! Thinking that ‘Well. I’m starting to see things!! Sleep deprivation and a creepy environment, classic.’ This happened a few times throughout my shifts at Mayday Hills. I didn’t think to record the dates and times. It was the early days of cell phones, so I had nothing to record or take pictures with. Perhaps it was all in my head?”

“One night while working at another site, the Manager of the Security Department popped in to see if I needed anything. We started talking about the Beechworth site. What a pain to patrol such a big site, etc. He looked at me, said he didn’t want to sound strange or anything and said ‘Have you ever seen someone reflected in the other TV?’.  He must have seen something in my face because before I could respond he said ‘Oh shit I thought it was all in my head!!!’. We both moved on to other jobs after that, but sometimes I still wonder if there there is someone or something in the old security office”

Remind me never to get a job working the overnight shift in a haunted former insane asylum!!