Matilda May Otis Blackburn and her daughter Ruth Weiland Rizzio claimed to have visions of angels. They said that the Archangels Michael and Gabriel were instructing them to write a book that would reveal the secrets of the universe (I didn’t know that angels needed ghostwriters!). The book was titled The Great Sixth Seal. The original title was The Seventh Trumpet of Gabriel, but I guess he didn’t like that. The book was going to be written over several years. When the book was finished it would bring about an  “apocalyptic event” and the Seventh Seal of Heaven would break. The book would also reveal “lost measurements” that would show the location of hidden riches and oil. 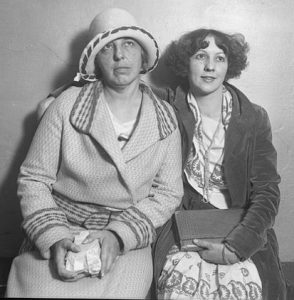 In the Bible, the Book of Revelation 11:3 says “And I will grant authority to my two witnesses, and they will prophesy for 1,260 days, clothed in sackcloth”. May (as she was called) and Ruth claimed that the Archangels told them that they were the two witnesses. The Blackburns formed a religious group called The Divine Order of the Royal Arms of the Great Eleven, a/k/a The Blackburn Cult, a/k/a The Great Eleven. They were based in Los Angeles.  Ruth had once said that after the apocalypse, eleven queens would rule what was left of the world. And they would do it from a place called Olive Hill in Hollywood.

May proclaimed herself “Queen” of the Great Eleven and Ruth as the “High Priestess”. May was also sometimes called “The Heel of God”. Ruth expected her followers to donate money and property to the cult.  A man named Clifford Dabney, the nephew of a rich oil magnate, joined the cult. He donated over fifty thousand dollars in cash and assets to the Blackburn Cult.  May promised him that he would be the first person to read The Great Sixth Seal. The Blackburn cult moved to a 164-acre piece of property in Simi Valley, California. The land was part of the donation from Clifford Dabney.

May and her husband Ward Sitton Blackburn told the cult members to start building cabins on the property. May called her husband the “North Star of the World.” Ward was her stepbrother (ew!) and younger than her daughter Ruth.  Ward called himself an “oriental mystic”. He even grew a Fu Manchu mustache. He was known to wear the same clothes for days without showering and was rumored to be a child molester. 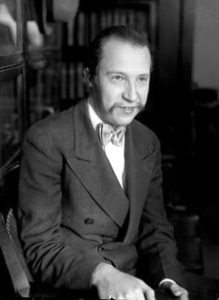 In addition to the cabins, they built a temple and a throne. Blackburn told them that they were waiting for the “White Messiah”,  and the throne was for him. May named the property Harmony Hamlet. The members were all instructed to get jobs and turn their paychecks over to Blackburn. Once they were settled – things started to get weird.

There was a natural amphitheater on the property where they would hold nightly rituals. They danced naked and sacrificed animals. A member named Frances Turner was sick and was placed in a brick oven to be cured. He, of course, died. Then four other members disappeared. Rumor has it that they were poisoned. One of them was Ruth’s husband Samuel because he hit her.

In 1925 a sixteen-year-old member named Willa Rhodes died from a tooth infection. May told her parents that Willa would be resurrected in 1,260 days when May’s book was published. Willa’s parents put her body on ice in their bathtub. They covered her with salt and spices to preserve it. Once it was preserved they buried her under their floor in a metal coffin. They sacrificed seven puppies and buried them in a coffin next to her. They represented the seven notes of Gabriel’s trumpets.

Clifford Dabney and some other cult members began to realize that they had been conned. In 1929 they filed theft and fraud charges against her for around two-hundred-thousand dollars.  During the investigation – the police found Willa Rhodes’s body. Mrs. Rhodes told them that her daughter was a “celestial princess and future queen”.  She called her “The Tree of Life”. Unfortunately, her cause of death couldn’t be determined. The police couldn’t find evidence regarding the missing cult members either.

In 1930 May was convicted of eight of the fifteen counts of fraud. She appealed and in 1931, California Supreme Court overturned her conviction. They said that even though her beliefs and practices were strange, there was no proof that she didn’t believe them when she took her followers’ money. They ruled that Blackburn’s members believed them also and were in sound mind when they made their donations. Although Blackburn didn’t go to jail, there was a lot of bad publicity. It eventually destroyed the cult.  In 1936 May published The Origin of God: By Rev. May Otis Blackburn, which is now out of print.

According to Samuel Fort,  author of Cult of the Great Eleven,  May believed a concord (a harmonious relationship) could be established by performing rituals. May added to that and gave each cult member a special name. She thought this would induce a “harmonious condition between oneself and the solar system”.  Click here for his list of all the names.