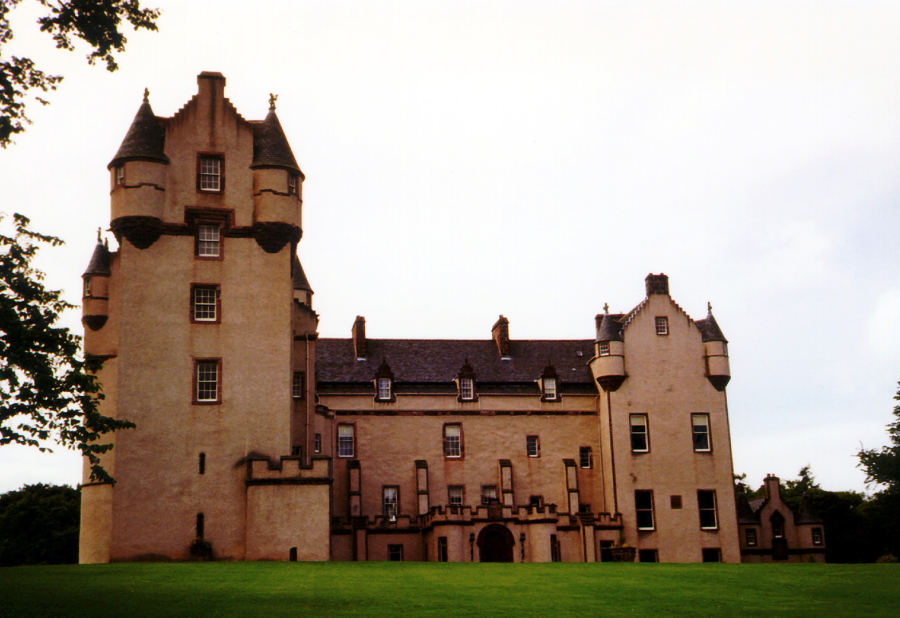 The Ghosts of Fyvie Castle

I’ve always wanted to go to Scotland! It looks like such a beautiful country. And of course – who doesn’t love a good Scottish brogue? All the pictures I’ve seen are of beautiful green hills, charming little towns, and old castles. And as we know, old castles are usually haunted. And from what I’ve read – Fyvie Castle in Aberdeenshire, Scotland is one of the most haunted of all.

Fyvie Castle was built by William the Lion around the 13th century. It was built as a stronghold and then was passed down over time from clan to clan.  Each clan added a tower to the castle. The oldest is the Preston Tower, which is still standing. In 1984 the castle was finally sold to the National Trust for Scotland.

The hauntings started when the castle was renovated in 1920. During the renovation, a woman’s skeleton was found behind a wall.  Her bones were buried in Fyvie Cemetery.  Weird things started happening and people began hearing weird noises.  The owner was afraid that moving the skeleton had offended the woman – so he had the skeleton put back. The haunting stopped.

The castle is also cursed. Twice! A poet called Thomas the Rhymer put one of the curses on the castle. He was also supposedly a prophet. Three stones were removed from the castle’s boundary line. He said that until the stones were put back, the firstborn son of anyone who owned the castle would never inherit it.  One stone is at the castle, but the other two are missing. Thomas wrote a prophetic poem (enjoy the old-timey language):

As lang’s there in these stanes three,

There’s one intill the oldest tower,

There’s one intill the ladies’ bower,

There’s one intill the water-yett,

And thir stanes ye never get.

The stone that’s there sometimes becomes very damp. No one knows why.  They say the stone is weeping because it’s separated from the other two stones.

The second curse is about a hidden room in the castle. If anyone disturbs the room the castle owner will die and his wife will go blind.

Stuart and Deborah Stockle, along with their kids Eloise and Harry, spent the Covid lockdown in Fyvie Castle. They didn’t think that they were alone. The family normally lives in the castle’s butler’s flat. Stuart said that an alarm would go off in the castle at all hours. It’s always in the same spot – outside the library corridor. Stuart says that as soon as he gets there he feels instantly uncomfortable and wants to leave.  The family ended up not seeing any ghosts.