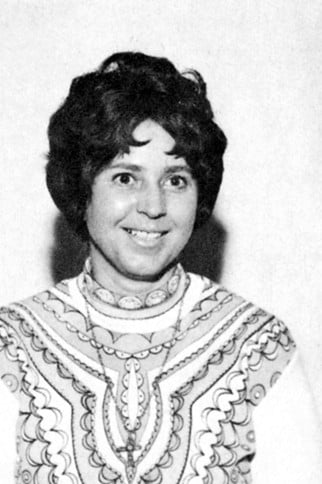 When Terri Lee Benson was four, she had a vision. She was sitting under a tree and three men in robes appeared out of nowhere. They told her that when she was upset, she should think about God. They said that she was the only one who could see them and that she could “do or be anything she wanted if she wanted it badly enough.” Terri believed them. 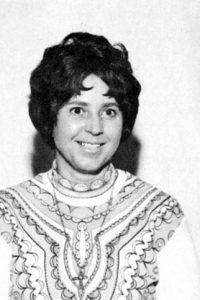 Terri was born to a very poor family and was sent to an orphanage when she was nine. She continued having visions. One of the nuns there took her under her wing. She taught Terri the spiritual meanings of the elements, and about the Akashic Records. The nun told her that if she meditated, she could reach the spiritual plane and that the records would show her the past, present, and future. Terri learned about reincarnation and was convinced that she was the reincarnation of the Catholic saint, St.Theresa of Avila.

Terri was adopted when she was eleven. After that, she led a relatively normal life. During her junior year of high school, she met John Wilder. Wilder was an eighteen-year-old high school dropout. He was a truck driver and Terri’s mother thought he was a thug. Terri didn’t like all her mother’s rules and wanted to leave home. Terri and John got married in May 1953. She was fifteen. They got married in Oklahoma because fifteen wasn’t legal in Texas.

They had three kids and lived a quiet life. In 1954, she started meeting with a group of women that shared her interest in mediation, the mysteries of the universe, and the metaphysical. Terri started reading books on the occult, mysticism, and the power of positive thinking. Soon she had a following of women that believed she received messages from God. In the 60s, Terri meditated and prayed over a drug addict. She supposedly helped him kick his drug addiction. Terri started holding weekly free meditation sessions with high school students. She taught them to meditate, kept them off drugs, and explained how the world works.

As Terri’s number of followers grew, she created her own doctrine. She said that balance and perspective were important. Terri claimed that the archangels could offer protection and strength, and were in charge of the elements. Michael was in charge of fire, Raphael in charge of air, Gabriel of water, and Ariel of earth. Terri taught that “The result of noble death is rebirth.” The world worked according to the Law of Karma. If you lived a good life you would be able to choose the body and environment you were reincarnated into.  Those who led unhappy lives were paying a Karmic debt for past deeds. “We can be sure that the people who have been killed in volcanic eruptions and dire catastrophes have deserved these violent deaths and that they have been reborn in those places to fulfill their destiny. They reaped as they sowed in past lives…”

Terri combined several different religions. She told her followers that they had to protect themselves against “The Black Lords”. Terri said the Black Lords “exist on the astral and mental planes.” To ‘kill’ them one must take them to the pits of hell where their soul and lower bodies will be dissolved.”  Even more dangerous were the Black Overlords, since they “cannot be dissolved in the pits of hell but must instead be taken to the Electro-magnetic dissolving Cave.” It was also up to the members of Conscious Development to fight against the “garbons.”

The garbons were about six feet tall and had a long bird-like beak. Garbons have a gargoyle-like appearance and were covered with slime. They are also able to touch someone and leave a slime on their body. Garbons presented special dangers. “If after thirty seconds or a minute you feel a tingling sensation in your hand or if your hand is shaking, you should assume that you have a garbon stuck to the hand. Using your imagination, wrap it in barbed wire, stab it, and kill it. Then imagine the dead garbon spinning straight up and dissolving in the universe. “

Her husband John was very skeptical of her teachings. He didn’t like the way her followers were starting to behave. He didn’t believe in her visions and “abilities”. In December of 1970, Terri filed for divorce. She got custody of their oldest child, along with a 1968 Mustang, several stocks, a shotgun, a rifle, and a pistol. Four months later, thirty-three-year-old Terri married her twenty-year-old student, Glenn Cooley.

Glenn and Terri divorced on January 27, 1977. Six days after the divorce was final, Glenn committed suicide in a cabin that his parents owned. The next day, Terri found a note that Glenn left in the safe. It was his Will.

“…I, Glenn Cooley, give to Terri Cooley all of my property, both personal and real. This includes two boats, a 1972 Buick Limited, all jewelry and equipment for its making, all furnishings for the house on Dunhaven Road [Glenn had given Terri clear title to the house two weeks earlier], and all cash. I ask that this Last Will of mine not be contested by anyone in any way for any reason. Last, but not least, I give all my love to all my family and friends. As an explanation for all this, I can’t really say what it is because of, but I can say what it is not because of: It is not because of divorce with Terri, past drug experiences, inability to cope, etc. What it is — I myself know, but don’t have the words for.”

Terri blamed his death on the black lords. She said they could poison someone’s blood, and the only way to get rid of them was through bloodletting. A lot of the members of Conscious Development didn’t agree with it and people started leaving. But there were still members that stayed loyal to Terri. Sandy Cleavy was Terri’s most devoted follower and became her personal assistant. Unfortunately for the people that stayed loyal, some of them ended up dead, all under suspicious circumstances.

In 1989 the Dallas County District Attorney opened an investigation into Terri Hoffman and the cult’s activities. There ended up being no way to like Terri or the cult to any of the deaths. Cecil Emerson, a prosecutor for the D.A., said that when he interviewed cult members, they convinced him that Terri had hypnotic powers. He also said that the victims had emotional problems, making them easy prey for Terri.

A total of eleven members of Conscious Development died. The families of some of them filed wrongful death lawsuits against Terri. In response to the lawsuits, Terri filed for bankruptcy in 1991. 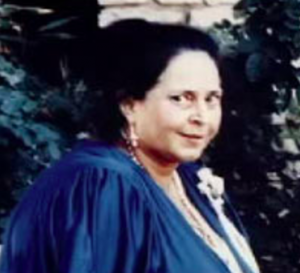 After she filed for bankruptcy, she was indicted for fraud. The charges stated that she hid assets, payments, and contracts during the bankruptcy proceedings. She was convicted of ten counts of fraud. This carried a potential sentence of fifty years in jail. Terri appealed the conviction, saying there was insufficient evidence that she “knowingly and fraudulently made false declarations.” Her conviction was reversed and she was acquitted. Terri died on October 31, 2015.