The Cleveland Museum of Art Hauntings 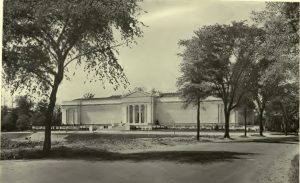 In 2015, the museum finished the installation of an exhibit called “Painting the Modern Garden: Monet to Matisse”. In a picture taken of the exhibit, you see a man standing and looking down on it. He is standing above a picture of Claude Monet. The man looks exactly like him. The photographer claims that the man wasn’t there when the picture was taken.

The man has a long white beard and is wearing a hat that looks like the one that Monet always wore. There have been numerous sightings of him. And he’s not alone.

There are also reported sightings of the ghost of William Milliken, a former museum director.  Mr. Milliken was director of the museum from 1930 to 1958.  The ghost of a man wearing a tweed jacket with elbow patches and carrying a folder has been wandering the museum. Employees figured out who it was after looking through archived pictures.

In another gallery, there’s a painting of a little boy dressed in blue. There are rumors of a ghostly boy dressed just like him running around in the museum. Another gallery has a painting titled “Portrait of Jean-Gabriel du Theil at the signing of the Treaty of Versailles”. A man wearing the same gray outfit has been seen standing in the hall. Sounds like ghosts are just jumping out of paintings all over the museum!

Two guests were frightened after taking pictures of the Head of the Deva. When they looked at their pictures they said the eyes of the statue were staring at them in the picture.  In another picture, they saw two figures of the head.  A horse statue in the museum is also supposed to be haunted. Visitors have also claimed that the eyes follow them.  There are also stories of ghosts being seen on the museum’s CCTV. 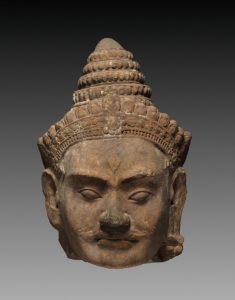 So to all you Clevelanders out there – head over to the museum and let us know if you see any ghosts.  And if you’re going to be visiting the area, make sure you find time to go and do some ghost hunting. And don’t forget to admire the artwork while you’re there! 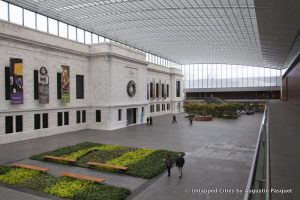