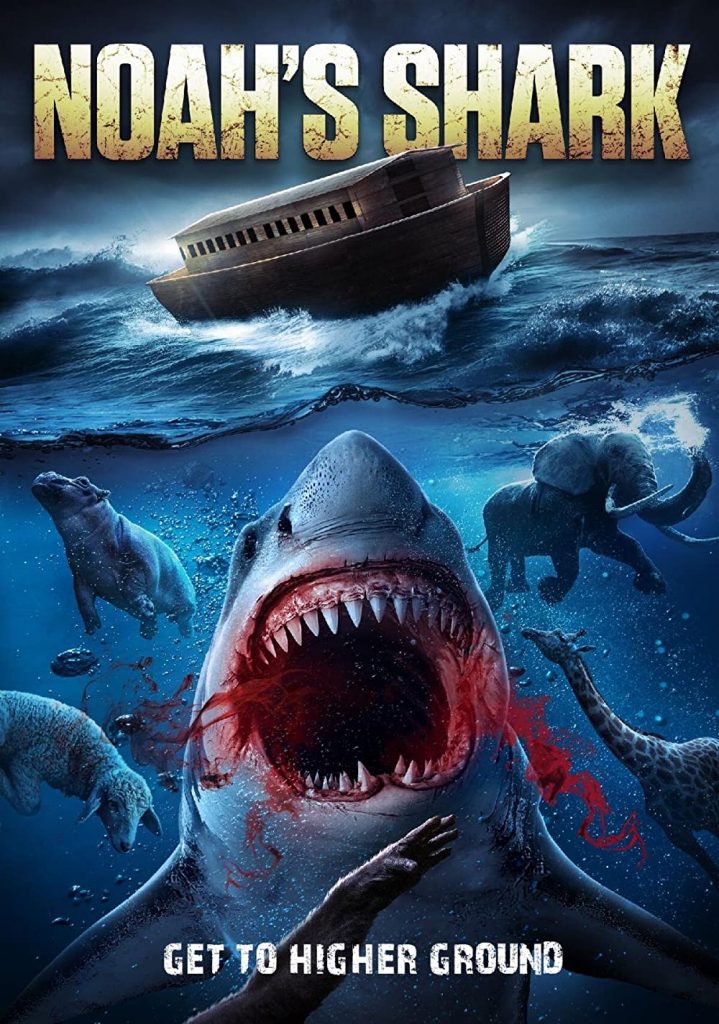 Shark Week is coming, and as usual, we can’t wait! You all know by now how the Scary Matter team feels about a good shitty shark movie.  Not too long ago we had an entire day of them, so I have a few good ones for you this year. Since you’ve already read our article on Mark Polonia (click here if you haven’t)  I’m going to start this year’s list off with Noah’s Shark. This movie was a mix of I don’t even know what! According to IMDB, it’s about “A fame-seeking televangelist and his film crew team set out to find the fabled Noah’s Ark, but discover it is guarded by both an ancient curse and a prehistoric great white shark”. I didn’t understand what a shark has to do with Noah’s Ark and after seeing the movie – I still don’t. But I couldn’t care less!

Writer John Oak Dalton’s script is a mix of shark movies and the Bible. It made no sense to me, but in a good way. First, we have Father Brenna, a priest in trouble for performing some questionable exorcisms. The priest is played by Jeff Kirkendall. As far as I’m concerned, Kirkendall is the king of shitty horror movies! He is in a ton of them. His acting is awful! I don’t know if that’s real or intentional, but it works perfectly with what he’s doing.

Televangelist Buster Pretorius is looking for Noah’s Ark (and fame). There’s also a piece of the Ark hanging around. There’s also the Book of the Witch of Endor! The Witch is actually mentioned in the Bible, but as far as I can tell she had nothing to do with the Ark. They head out to Mount Ararat – the supposed site of the Ark- and meet up with a female mercenary along the way.

The trio sets out to find the Ark and encounters a bunch of unexpected challenges. Then… there’s the shark. Honestly, there isn’t a lot of the shark in the movie, though he does show up from time to time. For starters, they’re walking through a forest (not many sharks in the forest). Actually, there isn’t much water in this at all!  We actually forgot that we were supposed to be watching a shark movie…and then he’d show up.

As always, the special effects are awful, which is required for any sharksploitation movie. The CGI feels like the 3D artist just phoned it in. Even the camera work was crap. It was all on purpose.  You have to be ready to watch a bad movie if you’re going to get any enjoyment out of this. Don’t go looking for Jaws mixed with a religious documentary. You will be extremely disappointed!

I’m a sucker for Mark Polonia movies. You’re either going to enjoy it or want to hurt me for mentioning it. Maybe have a smoke or drinks with your friends before watching it. This movie is definitely one-of-a-kind. I never expected a Noah’s Ark shark movie. Were there sharks on the Ark? Did Noah feed the one he saw? Why is the shark protecting the Ark? And how in the hell does a witch fit in?? Well, my friends, you’re just going to have to watch it to find out.