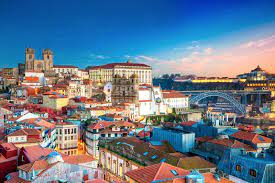 Welcome to Portugal!  Portugal is an absolutely gorgeous country. It has just about anything you’d like to see – mountains, beaches, whale watching, and a lot more. It was one of my grandparents’ favorite places to vacation. Sadly I don’t remember any stories about haunted Portugal. As part of Scary Matter’s virtual trip around the world, we found you some of Portugal’s most haunted places:

There you have it, my friends.  Happy haunted travels!