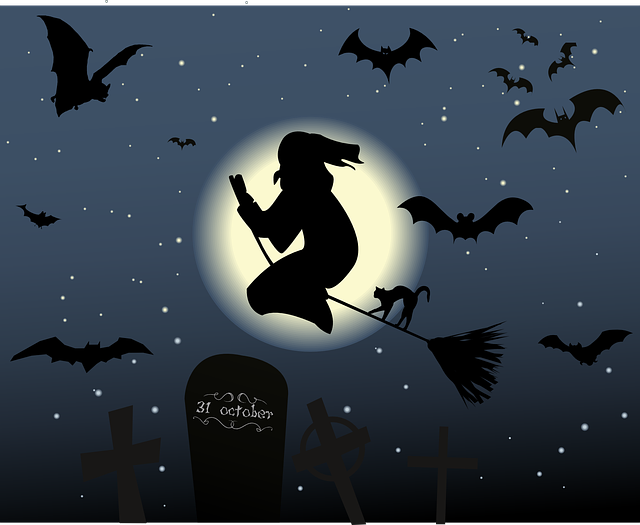 The History of the Witch

Where are my witches at???  I’m not talking about the old, scary, ugly ones from the stories and legends. I mean the beautiful, smart, nature-loving ones! Witches don’t fly around on brooms, eat babies, or worship Satan. They are healers and caretakers. They always have been. So where did it all go wrong? To answer that we have to take a look at the history of the witch.

Witches have been called many things throughout the ages- sorceresses, priestesses, seers, wise women. Their existence can be traced back to ancient goddess worship religions. The priestesses of the Goddess led villages, advised leaders, led rituals, and performed magic for healing and protection. Even the Bible has a witch. King Saul called on The Witch of Endor to bring the prophet, Samuel, back to life. It didn’t work in his favor and he eventually committed suicide. Of course, witches were condemned later in the Bible. 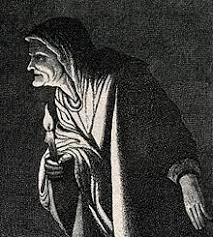 Back then, witches were seen in a positive light. They were called to help deliver babies, make medicine, and care for the sick. They performed their magic rituals to give armies courage before battle and tended to their wounded afterward. No king was without his witch. They counseled kings on decisions and performed divination to try and see the future.

So what happened?  Men, of course! (Sorry guys).  Early cultures that worshiped war gods invaded and pushed out the goddesses in favor of their gods. Then the Christians came, bringing their male-led “there is only one god” belief system. They felt that the polytheistic religions were a threat to their own beliefs and set out to eradicate them. 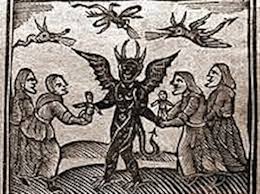 The Inquisition was started to punish anyone that spoke against the church or practiced a different religion. Witches were rumored to have sold their souls to the Devil and now did his bidding. To bolster the rumors, Heinrich Kramer and Jacob Sprenger wrote The Malleus Maleficarum (Latin for “The Hammer of Witches”). Witchcraft was declared heresy. The book gave details on how to hunt and identify a witch.  According to the book, witchcraft was fueled by lust “…“What else is a woman but a foe to friendship?” wrote the monks. “They are evil, lecherous, vain, and lustful. All witchcraft comes from carnal lust, which is, in women, insatiable.”

Thanks to The Malleus Maleficarum thousands of women were accused of witchcraft. The Inquisitors would question them and strip them. If a woman had any birthmarks, freckles, warts, or blemishes it was considered the mark of the Devil. Most women were tortured until they confessed just to make it stop. Inquisitors were instructed not to make eye contact with these women because they could fall under their spell and be made to feel sympathy. Once they confessed, they were executed.

Witch hunts and executions swept across Europe. Thousand of “witches” were put to death, starting in Switzerland in 1428. The bulk of the executions happened in Germany. Several towns had no women left in them at all. In a  town called Würzburg, almost everyone was accused of being possessed by the Devil and put to death. The witch hysteria soon made its way to America.

The witch trials started in Connecticut in 1647. An eight-year-old girl from Hartford named Elizabeth Kelly died. She visited with her neighbor Goodwife Ayers a few days before. Her parents couldn’t accept their daughter’s sudden death and blamed it on Goodwife Ayers. They claimed that Elizabeth suddenly got very sick and started yelling “Father! Father! Help me! Help me! Goodwife Ayres is upon me. She chokes me. She kneels on my belly. She will break my bowels. She pinches me. She will make me black and blue.” 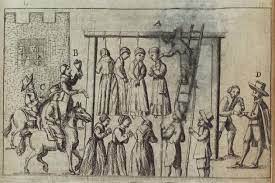 The Kellys accused Goodwide Ayers of witchcraft and being in league with the devil. Soon after, a resident named Ann Cole started having fits. She blamed it on a woman named Rebecca Greeensmith. The hysteria took over and soon everyone was accusing everyone else. Rebecca Greensmith, maybe in retaliation, admitted being a witch and named other witches too. She claimed she work with the devil and would have “a merry meeting in Christmas”.  She implicated her husband and seven other people. Neighbors claimed to have seen the group dancing in the woods and cooking in large black kettles. In the end, four suspected witches were executed. From 1692 through 1697, a total of eleven people were executed.

Meanwhile, in 1692 Salem, Massachusetts began its trials. It was started by two girls trying to see something in a crystal ball. They started having convulsions after. Soon several other girls in town had the same convulsions. The girls claimed that three witches may have cursed them: Tituba, their household slave, Sarah Good, a beggar,  and Sarah Osborne, a widow rumored to have had an illicit affair with one of her servants. Because the women were social outcasts people believed the girls. By the time the Salem trials were over, nineteen people were executed, all by hanging. Five others died in prison. And a man named Giles Corey was crushed to death. He was placed between two boards, and stones were put on top until the weight crushed him.

Witches made their way into pop culture in both good and bad ways. There’s everything from the Wicked Witch of the West in The Wizard of Oz, Gillian in Bell Book and Candle to The Witch of the Wood in The Witch. The list of witches in books is endless. They’re one of the biggest symbols of Halloween.

Witches today are out of the broom closet and proud of it! Witches are no longer looked at as ugly, scary, evil creatures. They openly follow their own paths. They continue to focus on nature and worship the Gods and Goddesses of their ancestors. They connect with nature and gather for magical rituals and prayer. They don’t fly around on broomsticks or turn people into newts. 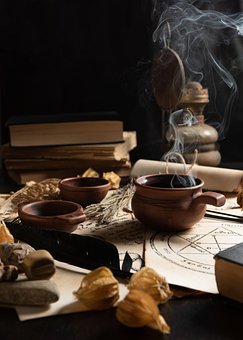 So if you happen to meet someone who is a witch, consider yourself lucky. You never know when you’re going to need one!