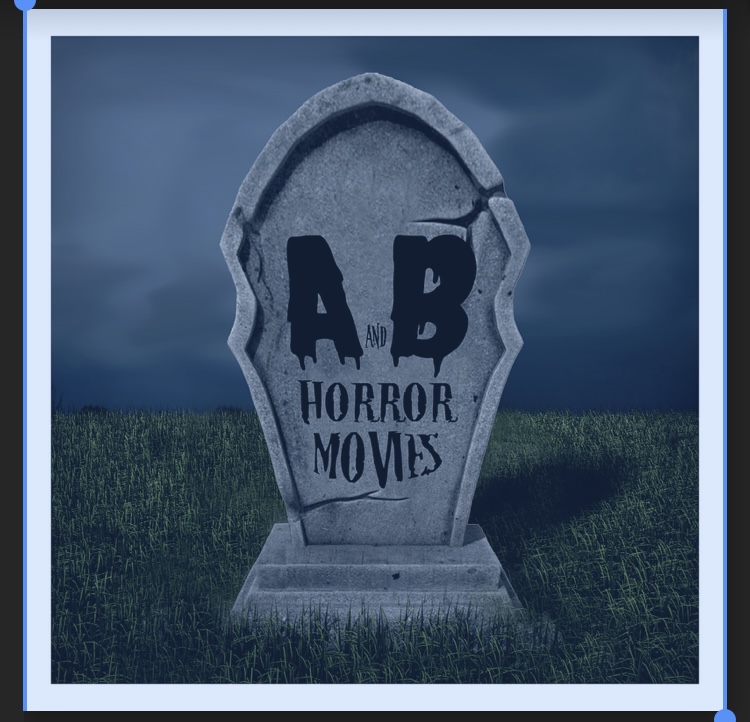 A few months ago @abhorrormovies came up on our Instagram feed, so we checked out their YouTube show. We really liked it!  I asked hosts Ben and Aaron if they would be interested in being interviewed for Scary Matter. Not only did they graciously agree, but they suggested that we integrate the interview into an episode of their YouTube show, and I had the best time! 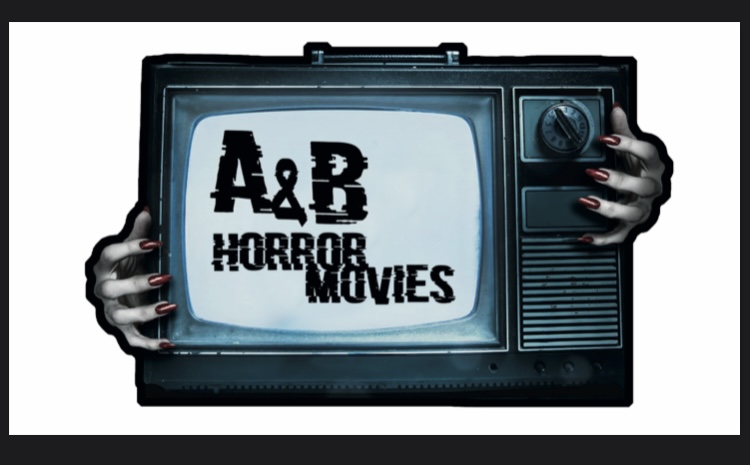 Aaron and Ben met through Instagram where they started liking and commenting on each other’s posts. They learned that they share a love of horror collectibles and both of them appreciate a good beer. Although they live in different countries (Ben is in England and Aaron is in America) it was a bromance made in heaven. Before they met, Ben had a similar YouTube channel on his own. He says that he prefers working with Aaron because it gives him someone to talk to.  Some Skype hangouts and several beers later and A&B Horror Movies was born.

Watching their channel is like hanging out with a couple of friends.  Their show isn’t scripted or rehearsed. Each episode has a theme and sort of a “show and tell” format.  They talk about what beers they’re drinking (and what cool cups they’re drinking out of). Sometimes they find a beer that goes with whatever movies they’re talking about – which I love. Then they show off their latest acquisitions. They both have some fantastic collectibles and I’m jealous of all of them. Not to mention their DVD collections.

They made me feel super comfortable while we were recording. (Even though I was nervously fidgeting the entire time!) So much so that we kind of went off-topic a few times! They’re both friendly and laid back. It felt more like bullshitting with friends than doing an interview. They even managed to turn a couple of my own questions on me and stumped me once or twice – Nice job guys!  Click here to watch our full interview.

We talked about our favorite horror movies and which movies we think are overrated, including Jaws, Hocus Pocus, and The Blair Witch Project. But you’ll have to watch the interview and let us know if you agree with our choices. And of course, we talked about beer. I asked them who in the horror world (alive or dead) would they have a drink with if they could. It took a minute for them to decide and then they called me out on my pick. (I’ll be ready for you next time!!)

Their YouTube channel has been up for around six months and their followers are steadily growing. They’re already working on a couple of new additions to the A&B Horror family. They’re going to have new episodes coming to their channel called “A&B Reviews…..” They’re going to be reviewing new movies that they’ve seen. They’re working on a live stream for Instagram called “Happy Hour”, where their followers can join them for a couple of beers and a live chat. 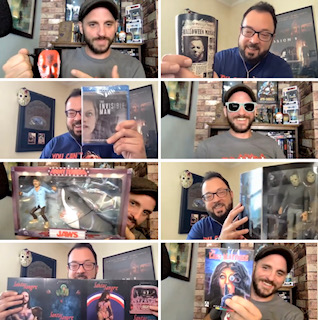 I’m looking forward to seeing how their channel evolves. And keeping my fingers crossed that when they finally meet in person they livestream it! I want to thank both of them again for the interview. I had a blast and look forward to chatting with them again soon. Make sure you follow them on Instagram @abhorrormovies and like and subscribe to their YouTube channel A&B Horror Movies