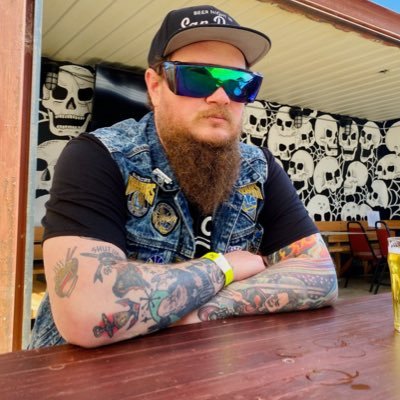 Bone Saw Serenade is the debut novel by author Cody J. Thompson. It’s a psychological thriller set in Seattle, Washington. I recently had the pleasure of talking to Cody J. Thompson about the book.

SM: Thank you for taking the time to talk to me.  I really enjoyed your book. How long did it take to write?

CT: I started working on it during Covid. I’ve always wanted to do it, but I was always afraid to. I guess lack of self-confidence was really the main thing. Then once Covid hit and the world seemed like it was falling apart I decided to create my own world. It’s not the happiest world,  but it was my world at the time. It became my world for about a year and a half. It’s my first book so it was a learning process. It took a lot of reading, researching, and reaching out to people that had already done it.

SM: Where did you get the plot for the story?

CT: My wife is a big true crime junkie, but I wasn’t. I wasn’t really into stories like that growing up.  It was like “I don’t want to see this stuff, all it does is freak me out. But I started watching it with her and I started loving it too and even watched it on my own. We were watching something one day and I turned to her and said “What do you think if someone in a story did that, does that sound scary to you”? And she said, “That’s pretty terrifying actually”.

CT: Then it just snowballed from there, It just seemed like a really creepy idea if something like that happened in the real world (I hope it hasn’t)  When that idea came into my head I started marinating on it for a while, coming up with different ideas and then I started plotting it out. I typed up a few pages, took a look at my notes, and then started hammering it out. 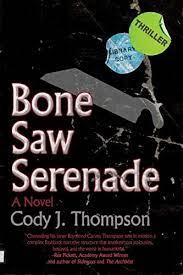 SM: Did you bounce ideas off of your wife?

CT: Absolutely! She’s a big reader (bigger than I am). She would read the drafts and tell me “Well this doesn’t work” or “This does”. She was super helpful. She’s the ultimate Beta reader.  We’d be cooking dinner and I’d say “What do you think if so and so did this in the story ” and she’d say “I don’t know about that” or “That’s great, run with it”. So I got to bounce off her and her true crime mind. I could ask her things like if this was real, is it something that she’d want to watch and she’d say “Yeah, absolutely”. I wanted it to be something that could actually happen, and not like a skeleton coming out of the drywall or something.

SM: Did you model any of the characters based on people that you know?

CT: Not really. This was my first book, and I felt a little uncomfortable. I didn’t know what the process was. I didn’t know like – if I said a character was based on someone, are they gonna hate me forever, if I’d get in trouble, or if they’d be pissed off at me. The closest I got in Bone Saw Serenade was one of my best friend’s dad. I never met him, he was a cop. His dad means everything to him. The last name of the lead detective in the book, I used his last name. I wanted to honor him. His dad was really important to him and he’s really important to me so I told him “You’re gonna see your last name in this book a lot.” He was really happy about that. His dad passed away but he talks so fondly about him and how he grew up that wanted to honor him.

SM: Tell me about the journey to publishing the book. What was that like?

CT: It was difficult! No one knows me at all, and I don’t expect them to trust my abilities until they’ve read something that I’ve done. I definitely went in very eager and didn’t edit everything down the way that I should have. This was such a massive learning experience. I learned a lot of things – like what to do and what not to do. I started sending it out way too early. I should have never done that. The place that’s publishing it, Black Rose Publishing – they’ve been nothing but amazing since they accepted it, and have been super helpful throughout the process. I owe them a lot for taking a chance on me and giving me the shot to do so

CT:  Growing up there’s this book that I read that I still don’t know the name of. I’ve been trying to figure the name out and I’ve even asked librarians and they’re like “We don’t know what you’re talking about”.  I don’t know if it even exists! Maybe I dreamt it, I don’t know.

SM: What was it about?

CT: It was when I was a little kid. It was about a kid trading baseball cards. I still remember it so fondly and I remember it so well, I just can’t remember the damn title. I’m sure it was for younger kids, of course, I read it in fifth or sixth grade. I’d just love to have a copy of it because I still remember it, so it obviously left some kind of a mark on me somehow.

(Ok my friends – if any of you know what book Cody is thinking of, please let him know ASAP!!)

CT: I grew up reading a lot of R.L. Steine, which I’m sure a lot of kids did. But more recently, while I was going through this process, and even now going into my second book and now writing my third, Clay McLeod Chapman has been a massive influence on me. His books just blow my mind with the way he tells a story. I really got into another independent author, Spencer Hamilton. He has a couple of novels and a collection of shorts. I just love the way he can kind of creep you out.

I’m still getting immersed in this world and definitely going down the rabbit hole of a horror reader and author, and that’s what I’m loving. I’m kind of finding my home there. Eric LaRocca is another one who’s outstanding. I think everyone knows and loves Eric LaRocca. Brian Asman is another one. He lives in the same city as me and I find out we have a mutual friend. We were able to connect that way which is really cool. I started getting into his work even before I knew him, and I love the way this guy tells stories. It’s terrifying and it’s funny. You kind of get the whole package with them, and that’s kind of where I’ve been living.

SM: So you have a new book coming out…tell me about it without giving anything away.

CT: It’s called This One’s Gonna Hurt. It’s not a thriller at all. Bone Saw Serenade has thriller aspects to it, but this one is just straight horror. I was thinking about people traveling cross country and the advancement of electric cars. I started asking people how far can you go before you have to stop. One time my wife and I drove to Philadelphia and back and I started thinking that if we had an electric car, how many times would we have to stop to charge it, how long would we have to stop and who are we gonna run into while charging it? I started researching and found that some of the charging stations are in the middle of nowhere and must not be any fun to be at! This One‘s Gonna Hurt is about five teenagers right on the verge of graduating high school. They’re driving from San Francisco to Las Vegas for an electric music festival. They steal an electric car thinking that it’ll be cheaper. Eventually, the car dies and they find a charging station in the middle of the California desert. What they don’t know is that there’s a horrible maniac out there. 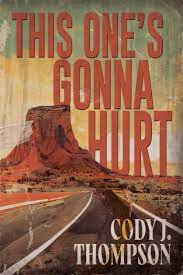 SM: So it’s a slasher book?

CT: Oh yeah! It’s a slasher all day. Essentially they show up on this maniac’s doorstep, almost like a gift to him. And they have to find a way to survive or will he get them? The whole thing about that was from when my wife read the final edit of Bone Saw she thought I held back on the violence and thought I could go further. I said that I thought it was pretty violent. She said, “I dare you to go further”.

CT: (laughs) Yeah! So that’s how This One’s Gonna Hurt came to be. So I thought “Well let’s see how far I can go with it”! It definitely goes a lot further with the gore and violence. I’m pretty happy with it, I think it came out really good. She’s the only one that’s read it so far, besides the publisher. No one else has finished it and given me any feedback yet. So I hope people will enjoy it.

SM: Well I can’t wait to read it! And you have a third book that you’re working on now. Do you want to give me a hint??

CT: I had an idea for a short story and when I finished it, I felt like I wanted to do more. That this twenty-five-page story wasn’t enough to tell who they are and why they do the things they do. Without giving too much away – it’s about a group of adults that had something really horrendous happen to them when they were children. That comes back to haunt them when they’re adults.

SM: What was it like getting a copy of your first published book?

CT:  It was crazy surreal. I was meeting my mom for Mother’s Day. I was wrapping her gift and we heard a truck pull up. I was like – “That can’t be it! No way.” So we opened it up and there it was. I thought I would tear up a bit more, but it took a while to sink in. Like I said – it’s something I always wanted to do down this path but I was afraid to. I always had self-doubt. If anyone ever asked me for advice to a writer I’d tell them to just do it! Go for it and stop with self-doubt!

I ended up immediately wrapping one and giving it to my mom like, “Happy Mother’s Day! Here’s a copy of my first book!!!” I told her that I wanted her to have the first copy (but I gave one to my wife so technically my mom got the second copy).  I imagine it’s not something I’ll ever get used to. I think it will be just as mind-blowing and surreal as the first time.

SM: Thanks again for talking to me, it was fun!

CT: Thank you, I appreciate it.

We also talked in depth about things that happened in the book, but I can’t tell you because I don’t want to spoil the book. So get yourself a copy of Bone Saw Serenade and keep your eyes open for the release of This One’s Gonna Hurt (Scheduled for release in March 2023). Cody is definitely an author to watch!